Hurricane Ida Impacts the Gulf Coast of the US 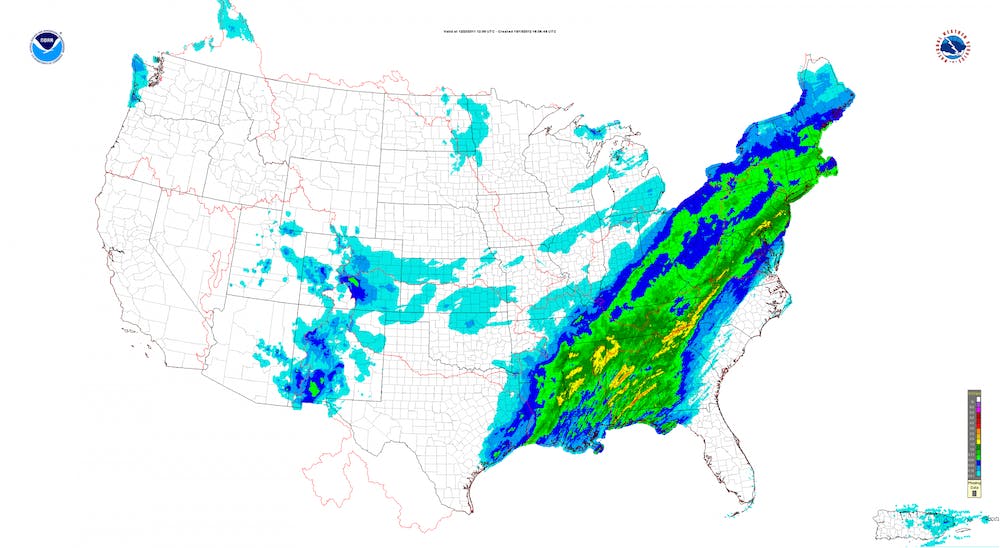 Auburn, Ala. (EETV) - On Saturday August 29, in anticipation of Hurricane Ida, Governor Ivey issued a state of emergency for Alabama’s coastal and western counties that was put into effect at 2pm CT on the same day.

Governor Ivey issued the following statement in response to the state of emergency: "As Hurricane Ida's trek continues in the direction of Louisiana, we still expect the possibility of flooding and even spin-off tornadoes in portions of Alabama. With a storm like this, we always want to hope for the best, but prepare for the worst, which is why I have preemptively declared a state of emergency for our coastal and western counties. We will continue keeping an eye on the evolving system. I urge Alabamians and our visitors to stay weather aware."

Hurricane Ida hit Louisiana as a Category 4 hurricane and continues to cause devastation across the Gulf Coast.  Many were affected by the flooding becoming trapped in their homes and losing power for what may be extended periods of time. The flooding and debris has made it even more difficult for first responders to access particular areas and provide help.

To read the full statement made by Governor Ivey on the state of emergency visit https://governor.alabama.gov/newsroom/2021/08/state-of-emergency-hurricane-ida/.

President Biden is Briefed by FEMA's on Hurricane Ida

President Biden was briefed on Saturday, August 29th by the Federal Emergency Management Agency on the potential impact Hurricane Ida will have. In a press conference shortly after the briefing, in a conversation with Louisiana Governor Evans, Biden recounted that Governor Evans stated that this hurricane was “the strongest in Louisiana history since 1850” and that “devastation is likely to be immense”. Biden plans to use the full might of FEMA to minimize the damage and says that he doesn’t believe FEMA’s ever had as much “long-term preparation” for a storm as they do now. Biden has issued a state of emergency for both Mississippi and Louisiana so far and is working with the Red Cross to ensure support of evacuees. President Biden and FEMA will continue to work tirelessly to support those affected by Ida.