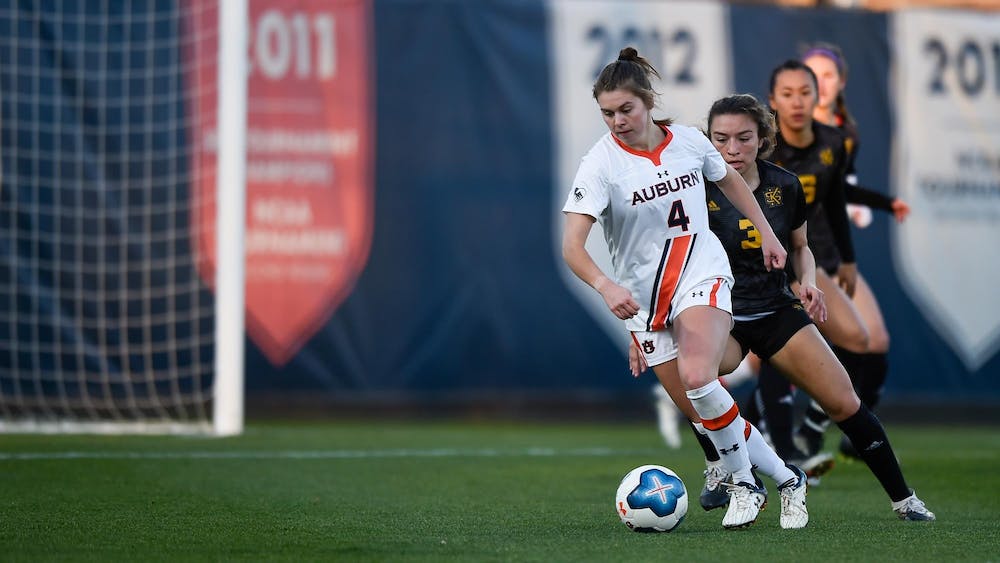 AUBURN, Ala. (EETV) For the second consecutive week, sophomore midfielder Anna Haddock has earned recognition from Top Drawer Soccer as she was given honorable mention for the organization’s team of the week.

Haddock’s naming to the team of the week comes following her strong start to the season which consisted of three goals in the first two contests and a pair of assists in Auburn’s 2-1 win at Troy last Thursday. The sophomore has scored multiple points in each contest thus far in 2021.

A native of Bowling Green, Ky., Haddock is tied for third in the league in assists and is tied for fourth in both goals and points. She has 22 career points on five goals and 12 assists in just 21 games as a member of Karen Hoppa’s squad.

Haddock and the rest of the unbeaten Tigers now turn their attention to a five-game homestand beginning against the 1-3-0 Blazers of UAB on Thursday. Kickoff between the in-state foes is set for 6:30 p.m. CT at the Auburn Soccer Complex.