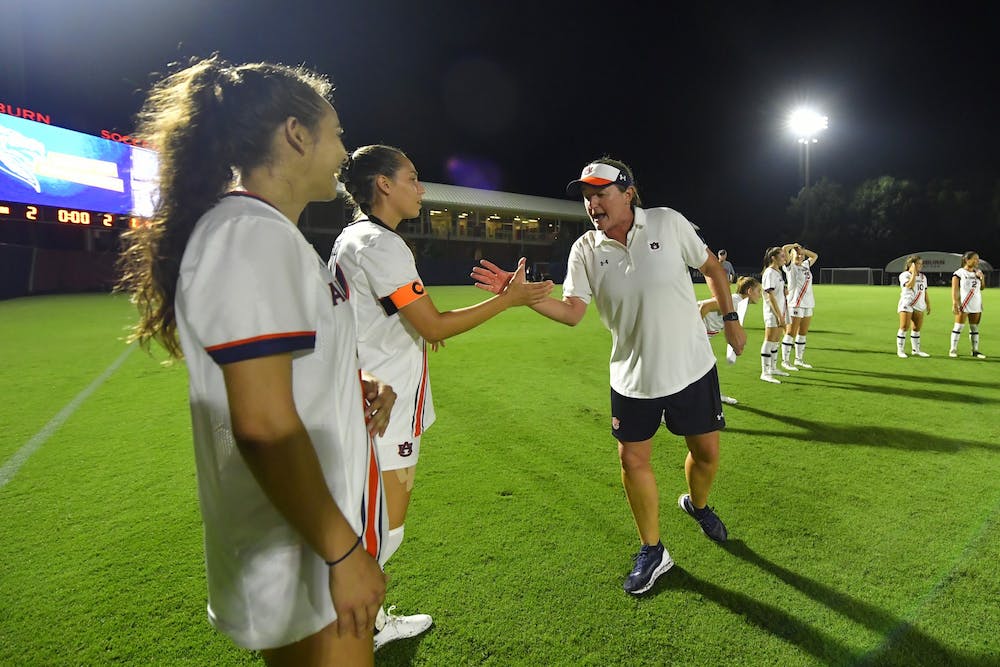 AUBURN, Ala. (EETV) - After starting the season off 2-0 with wins against Samford and No.12 BYU, Auburn Soccer is now ranked No. 14 by the United Soccer Coaches and No. 22 by Top Drawer Soccer.

Auburn is the highest-ranked SEC team and are joined in the United Soccer Coaches poll by South Carolina at No. 16, Tennessee at No. 17 and Texas A&M at No. 21.

After Auburn’s strong start to the season, some Tigers received honors because of their strong performances.

Haddock was also named the Southeastern Conference Offensive Player of the Week after scoring three of Auburn’s four goals in their first two games. Haddock scored both goals in Auburn’s 2-1 win against BYU Saturday and scored the winning goal against Samford last week.

Fifth-year defender Alyssa Malonson also earned SEC honors this week, being named SEC Defensive Player of the Week. This was Malonson’s second SEC honor of her career. Despite being a defender, Malonson scored Auburn’s first goal against Samford, which tied the game 1-1.

Hoppa, Haddock, Malonson and the No. 14/No. 22 ranked Tigers will go on the road this week with matches at Troy Thursday and South Alabama Sunday.