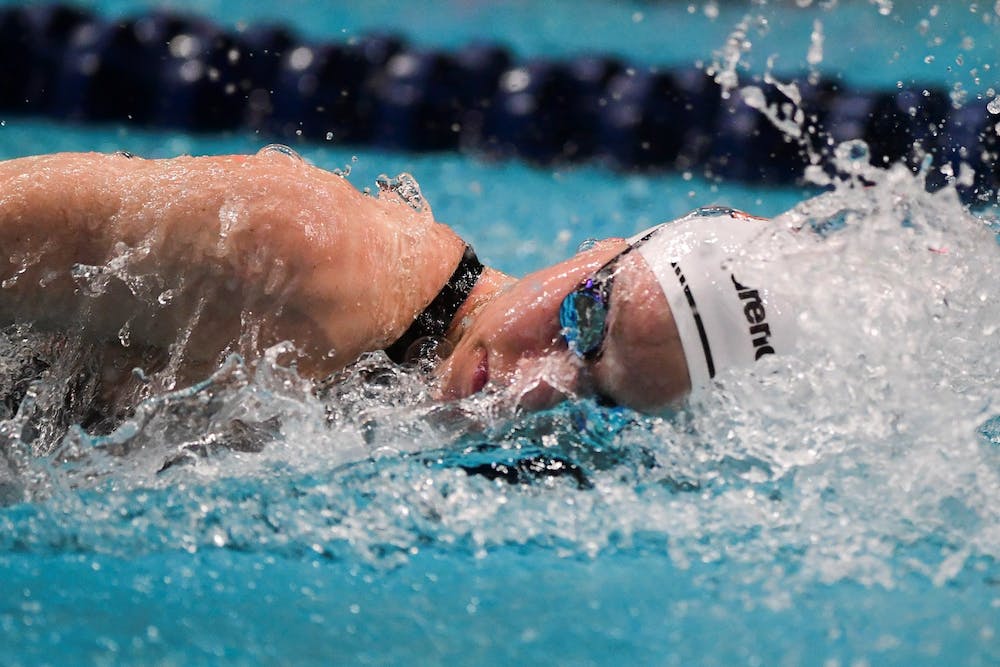 AUBURN, Ala. (EETV) Julie Meynen is returning to the Olympic stage. The former Auburn swimmer was informed via an email from FIMA over the weekend that she is invited to represent her home country of Luxembourg.

Despite finishing .01 seconds off of the Olympic A standard time for the 50 freestyle (24.770 and not receiving an automatic bid to the games this summer, the former Tiger’s performance was sufficient to earn an invite from FIMA to compete in both the 50 and 100 free events in Tokyo.

The swimmer is excited to return to the games.

"It means so much," Meynen said. "It's been tough because I wasn't sure if I was going to go, so I'm really relieved that all the work I've put in here at Auburn I can show at the Olympics. Even though it was a tough year this past year, I'm so excited to go. After training for five years, this is kind of the gift for me to go. I'm extremely excited."

Meynen’s appearance in the 2021 games will mark her second Olympic appearance and an opportunity to build upon her 26th and 25th place performances in Rio 2016.

"In Rio I was going for the very first time," Meynen said. "It's different when you go for the first time. Everything seems so amazing. I know these Olympics are going to be different especially with COVID, but my intentions, I want to swim really well, I want to race really well. I kind of know what to expect on some sort of level. I'm really excited to go and race."

Meynen’s time at Auburn was highlighted by four SEC champion relay teams as well as bronze medals in the 50 and 100 free at SECs.

The swimmer will leave for the games on July 12.

AUBURN, ALABAMA (EETV) When the doors opened at Auburn Arena and of the Tiger gymnastics preview meet on Friday night, there was an energy in the air unlike any other level of anticipation many fans had experienced before. There were certainly elements of excitement similar to that of years past; however, this year’s preseason exhibition presented a unique opportunity for gymnastics: the chance to watch an Olympic champion take the floor in an Auburn leotard.