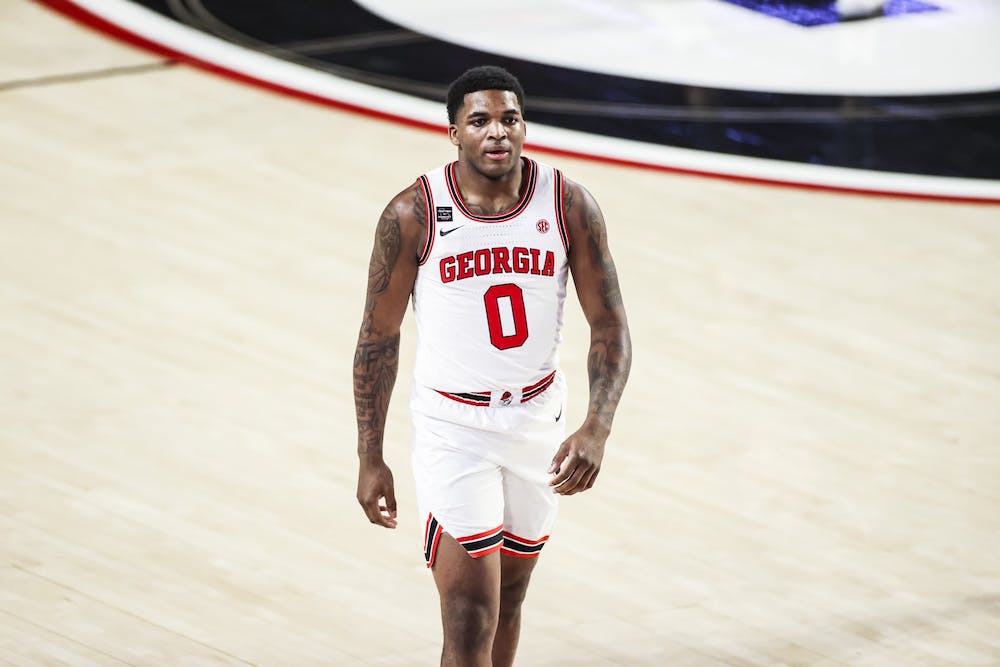 Georgia basketball player K.D. Johnson (0) during a game against Auburn at Stegeman Coliseum in Athens, Ga., on Wednesday, January 13, 2020. (Photo by Tony Walsh)

AUBURN, Ala. (EETV) K.D. Johnson is officially an Auburn Tiger. The point guard made his transfer from the University of Georgia official by inking his name on an Auburn Athletics Financial Aid Agreement on Monday morning, head coach Bruce Pearl announced.

"Three or four years ago, Auburn may have been one of the first schools to offer K.D., and I fell in love with him because he had such a strong personality on the basketball court,” Pearl said. “He was tough, he was aggressive and he was not afraid. After last season, and with us having this enormous transition of our backcourt, we were really excited about the possibility of working together. I think he will excel offensively and defensively with what we do."

Standing at 6-foot-1 190 pounds, Johnson brings to the table a 13.5 points, 2.8 rebounds, 1.9 steals and 1.2 assists per contest, a statline the guard posted across 16 appearances in his freshman year with the Bulldogs. In his first year of collegiate ball, the Tiger transfer averaged 42 percent from the field and a noteworthy 39 percent from beyond the arc.

Before enrolling at UGA, Johnson attended Hargrave Military Academy (Va.) where he willed his squad to the Final Four of the National Prep Tournament. Before joining the HMA Tigers, the rising star attended Southwest DeKalb High School where he earned a pair of all-state honors for Class 5A by the Atlanta Journal Constitution and was named Class 5A Player of the Year in 2019.