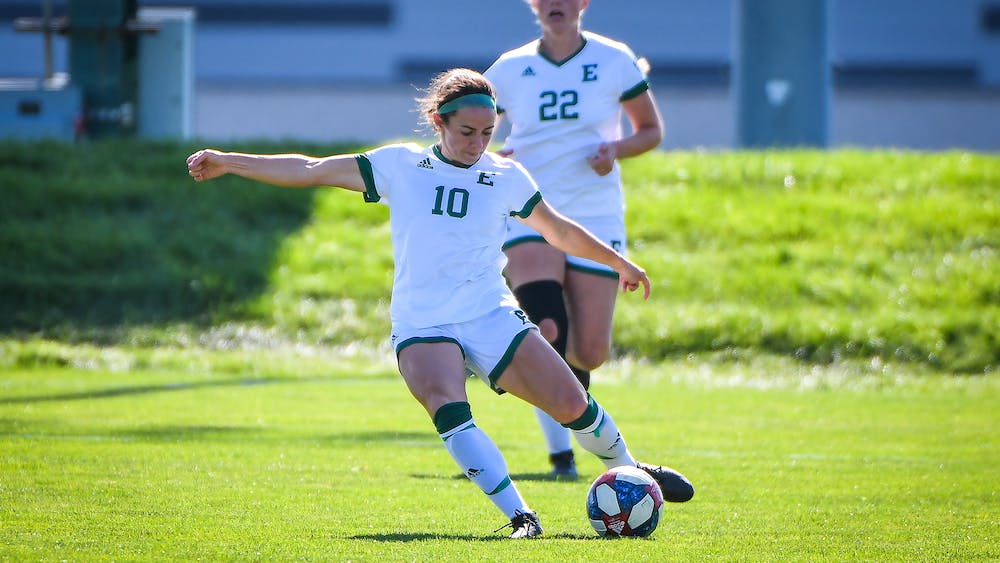 Auburn, Ala. (EETV) As conversation surrounding the state of the 2021 Auburn soccer program, head coach Karen Hoppa continued to recruit and bolster her roster. On Tuesday, Hoppa announced the transfer of Eastern Michigan’s Sabrina McNeill to the Plains, joining Auburn’s 2021 spring signing class.

Welcome to the squad, @McneillSabrina!

McNeill — a five-foot-four forward from Whitby, Ontario — spent the past five seasons with EMU, racking up 67 points on 27 goals and 13 assists across 77 games. Her efforts throughout her tenure at EMU were sufficient to rank the forward in the top three for total points at the end of each season.

With the announcement of McNeill’s transfer to the Plains, the Tigers must now return to work and continue to prepare for their 2021 fall campaign. Hoppa’s squad looks to improve upon the 10-5-3 effort produced in the 2020 season in which the club finished just fourth in the SEC west.