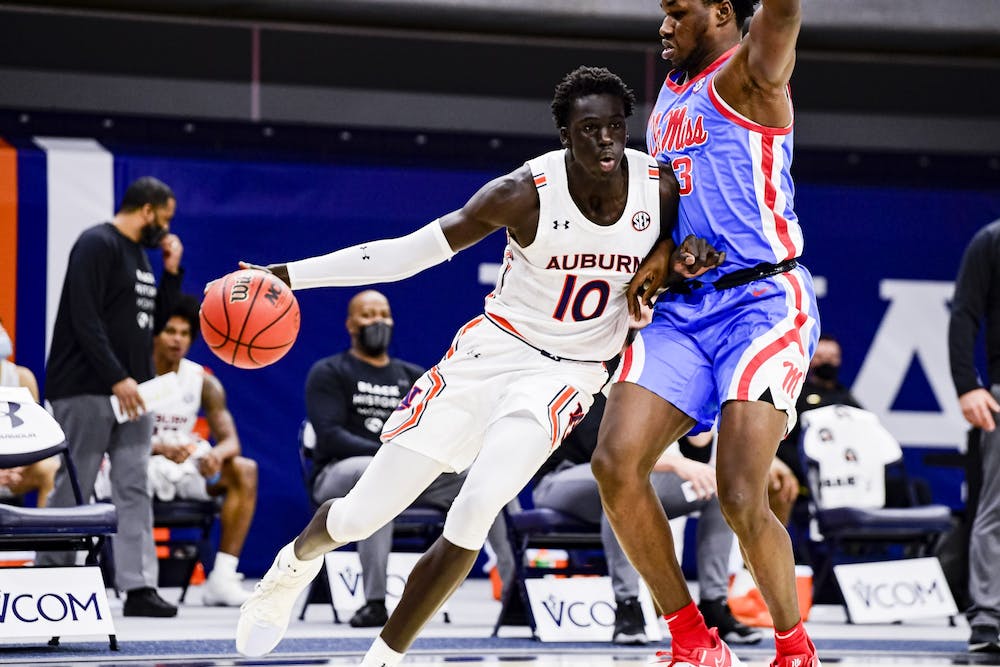 Following their one-and-done season at Auburn, Cooper and Thor look to become the first pair of Tigers to be selected in the first round of the NBA Draft in Auburn basketball history.

With little over a month until the NBA Draft on July 29, here is where Bleacher Report's Jonathan Wasserman projects the former Tigers to be selected:

Cooper played just 12 games in his Auburn uniform due to eligibility issues and injury but made the most of his opportunity when his time came.

@CooperSharife da goods ‼️ he got it fr 🤝


Cooper never slowed down as he finished the year leading the Tigers in points (20.2 PPG) and assist (8.1 APG) while also totaling 4.3 RPG.  The only setbacks for Cooper are his height at 6'1" and his inefficient shooting.

"Scouts see Thor as a top candidate to abruptly rise into the first-round picture," Wasserman said.

"He wasn't overly productive at Auburn, but between the flash plays, scrimmage footage I've seen from recent workouts and the value tied to his shot-making bigs, it's easy to imagine teams becoming enticed by a 6'10", 19-year-old with three-point range and a pull-up game," Wasserman said.

On Tuesday, Cooper and Thor were selected to attend the 2021 NBA Draft Combine from June 21-27 in Chicago.

The week of the NBA Draft Combine will be the most crucial week for both of their basketball careers.  They could see themselves get selected ten picks higher than where they are projected right now with an outstanding performance.  However, with a poor outing, they could see their draft stock drop as much as pushing them back to the second round.