Pair of Tigers Move on in Olympic Trials 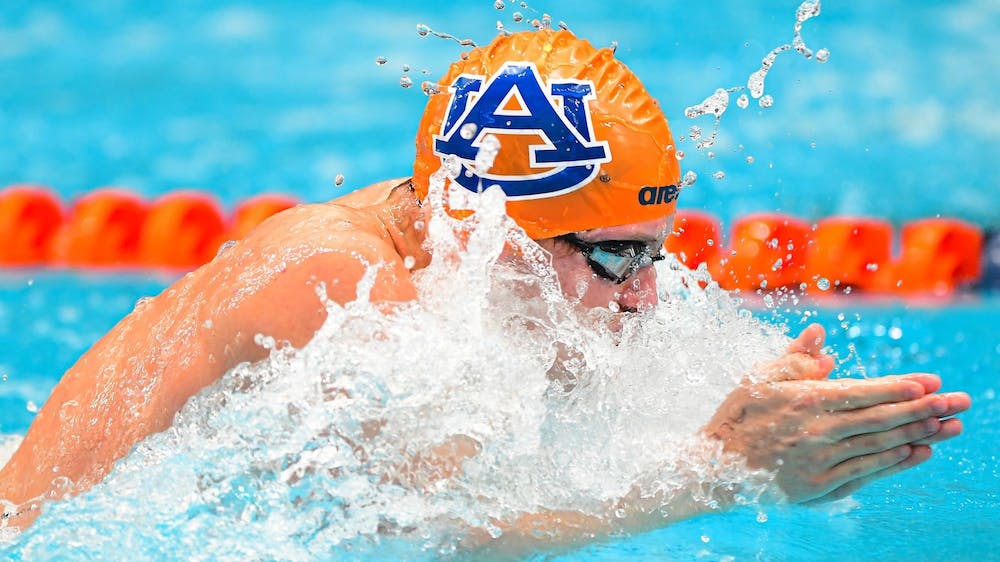 AUBURN, Ala. (EETV) Auburn swimmers Reid Mikuta and Nate Stoffle managed to keep their Olympic dreams alive. The duo finished top two in their respective events at Wave I of the U.S. Olympic Swimming Trials this past weekend, earning spots at Wave II beginning Sunday.

Named the ninth-fastest swimmer in program history for the 100 breaststroke after just one season on the plains, Mikuta placed second in the men's 100 breaststroke, finishing the A final in 1:01.88.

Incoming freshman Stoffle earned a second-place finish in the A final of the men's 100 backstroke with a time of 55.28.

Wave II will take place at Omaha's CHI Health Center on June 13-20 and will determine the U.S. Olympic Team that will compete in Tokyo. The meet will be broadcast live on NBC Sports.