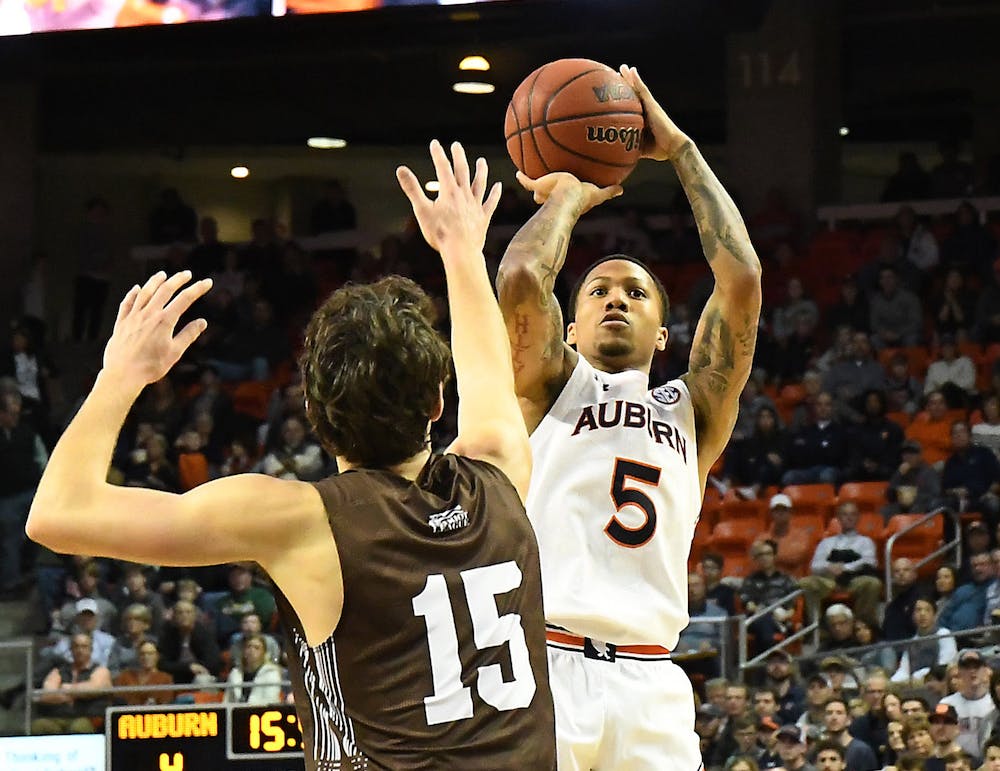 
Auburn’s J’Von McCormick (5) with a shot in the first half.

AUBURN, Ala (EETV) Another piece of the Auburn 2019 Final Four team is returning to the hardwood in orange and blue. Former Tiger guard J’Von McCormick is joining Team War Ready in this summer’s installment of The Basketball Tournament.

The addition of the Auburn grad was made official in an announcement on the team’s Twitter on Tuesday.

Welcome J’Von McCormick ( @KingMcCormick_5 ) to our roster! Excited to add another final four member to our squad for @thetournament ‼️

We appreciate the fans help!!

McCormick made the announcement to his followers in a short video on his personal account.

A 6-foot native of New Orleans, La,, McCormick transferred from Lee College (Texas,) prior to joining Bruce Pearl’s squad in 2018 where he filled the role of bench point guard behind Brown; however, took over starting responsibilities in the 2019-20 season. In his final season with the orange and blue, McCormick averaged 11.7 points and 4.5 assists per contest.

With it’s roster nearly finalized, Team War Ready begins to turn its attention to training camp ahead of its participation in the West Virginia Regional spanning from July 17-20. They will begin their journey through the single-elimination tournament against the Bucketeers — a team of ETSU alum — on July 18.