Auburn in the MLB: Mize Deals in May 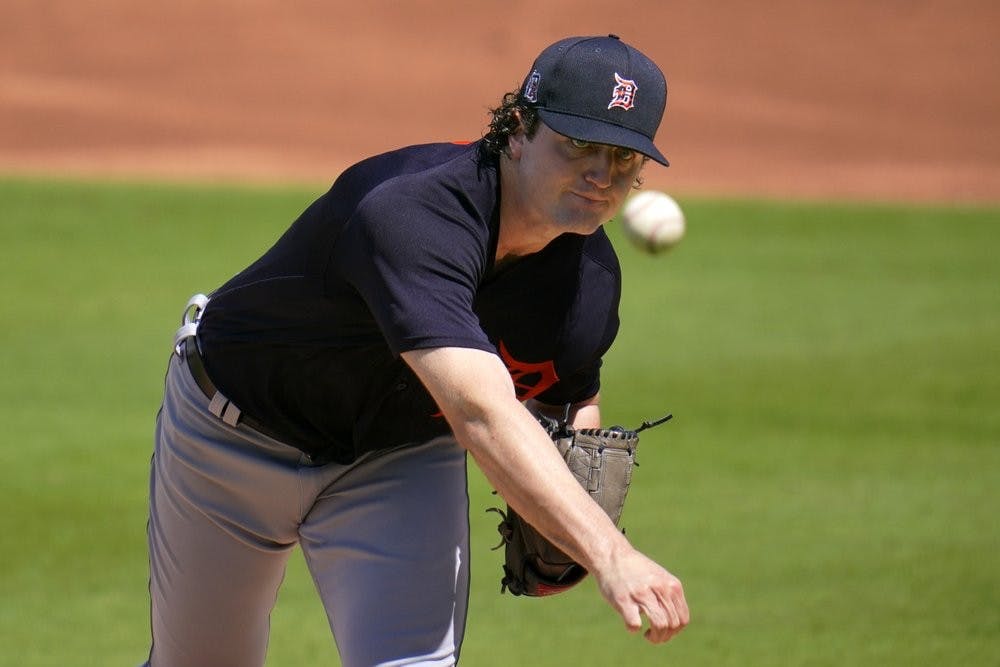 AUBURN, Ala. (EETV) Former number one overall selection in the 2018 MLB Draft by the Detroit Tigers, Casey Mize, is coming off the best month of his young professional career.

In his five starts this past month, Mize pitched a total of 31.0 innings, giving up just six runs on 17 hits.  Opponents struggled even to make contact with Mize's pitches as they batted a mere .162 along with 27 total strikeouts during the stretch.

In Mize's last start in May, he went toe-to-toe against the Yankees' ace and all-star pitcher Gerrit Cole.  Cole, who has a 6-3 record in 2021, has the 12th best ERA in the league at 2.26, third-most strikeouts with 104 and is bolstering his argument to be considered one of the best pitchers in the MLB.

"I think Casey is well aware that we are facing Gerrit Cole, and we are going to need to match zero for zero," Tigers manager A.J. Hinch said.

Mize stood his ground against the nine-year veteran in the Tigers 3-2 walk-off win in the 10th inning.  In Mize's seven strikeouts, three came against the Yankees' two-time batting champion D.J. LeMahieu.

The only run Mize gave up came off of second baseman Rougned Odor's home run on a 0-2 count in the fifth inning.  Tigers' catcher Jake Rodgers wanted Odor to chase a pitch high and out of the zone, but Mize missed the target and left the ball over the heart of the plate.  Whenever that happens in the big leagues, the ball will end up in the stands more times than not.

"He was impressive; Casey was impressive,"  Hinch said.  "To see what he did to the top of their order, a bunch of punchouts, and was able to pitch in and out of traffic with really good stuff."

Mize is set to make his next appearance on the mound when the Detroit Tigers (24-34) take on the Seattle Mariners (29-31) for a three-game series beginning June 8.