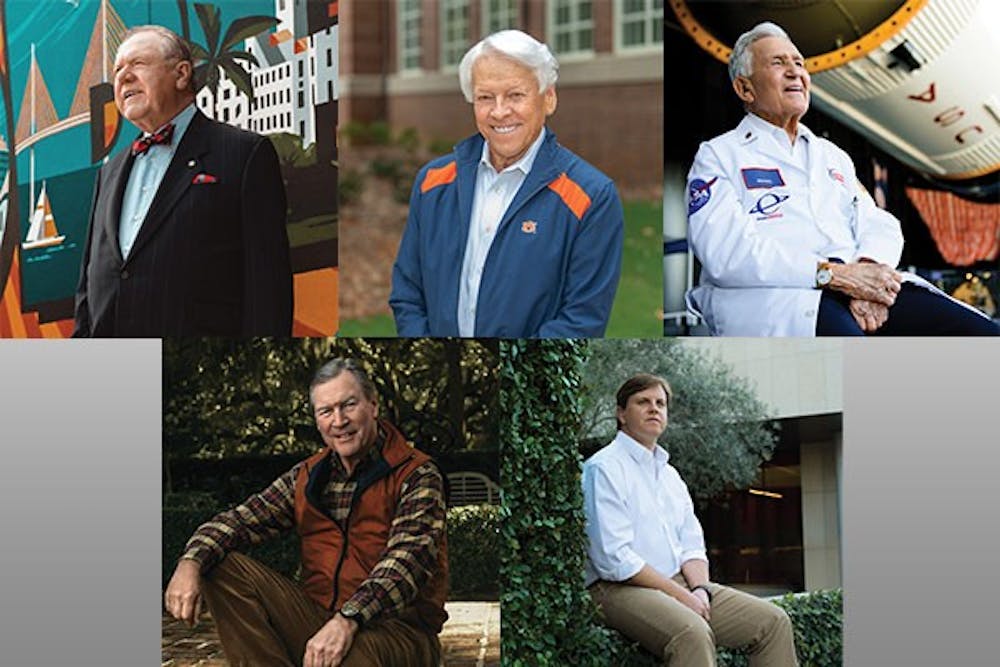 AUBURN, Ala. (EETV)- Five Auburn University graduates, all highly accomplished in their fields, have been selected to receive the highest honor given by the Auburn Alumni Association at Auburn’s 2021 Lifetime Achievement Awards ceremony on June 12th.

Harrell graduated from Auburn in 1958 with a degree in pharmaceutical science. He founded Medical Arts Pharmacy, or MAP, in 1965 to provide wholesale pharmaceuticals, equipment, and supplies to individuals and companies. Harrell served 18 months in the U.S. Army Medical Corps in Europe and has served as director of several companies including the National Healthcare Resources Inc., the American Managed Care Pharmacy Association, and Pharmerica. He has also served on numerous charitable boards, including the Metropolitan Ministries of Tampa, the Tampa General Hospital Foundation, and the Tampa Bay History Center. He is also a life member of the Auburn Alumni Association.

Loyd, after earning his degree in mechanical engineering in 1961, was accepted to General Electric’s engineering training program where he became a design engineer in General Electric’s appliance division. Loyd changed the way Americans live through his work in air-conditioning technology and his development of the Carry Cool, the first room air conditioner under $100 to sell profitably. Loyd established the Raymond E. and Eleanor H. Loyd Annual Dean’s Scholarship in the Samuel Ginn College of Engineering and was a life member of the Auburn Alumni Association. Loyd passed away in November 2020 so his award will be presented to his grandchildren.

Moore graduated in 1948 with a degree in electrical engineering and spent more than 50 years working in the space industry, beginning at the Naval Research Laboratory in Panama City, Florida, and later with the U.S. Army’s Rocket Development Team. In Huntsville, he directed the design of control systems for the Redstone, Jupiter and Pershing missile systems, a development effort that led to the 1958 launch of the first U.S. satellite, Explorer. He later worked on the development of technology for Skylab, the first U.S. space station, and the Hubble Telescope. For his work with NASA, he has received many special honors and awards and he is a life member of the Auburn Alumni Association.

Reed earned his degree in aviation management in 1970. He served as president of the Hughes Investment Company before being promoted to vice president of Hughes Aircraft Co. in 1991 and then to the same position with GM Hughes Electronics the following year. In 1994, he was named CEO of General Motors, as well as chairman and CEO of the GM Trust Bank and as a corporate vice president of General Motors Corporation. He and his wife, Martha ’69, have established scholarships at Auburn in the colleges of Engineering, Business and Human Sciences and he is a life member of the Auburn Alumni Association.

Dykes earned his degree in microbiology in 2005 and completed his medical degree at the Medical College of Georgia. A pediatric cardiologist specializing in pediatric heart failure and transplantation at Stanford University, his team at Lucile Packard Children’s Hospital in Palo Alto, California, works to leverage 3D imaging software to expand the potential donor pool for children in need of heart transplants by better matching the patient body size to the donor heart size. While a student at Auburn, Dykes provided primary care to medically underserved residents of Lee County as a volunteer with Mercy Medical Clinic. Dykes is also a life member of the Auburn Alumni Association.

All of the recipients will be honored at a dinner and ceremony on June 12th.