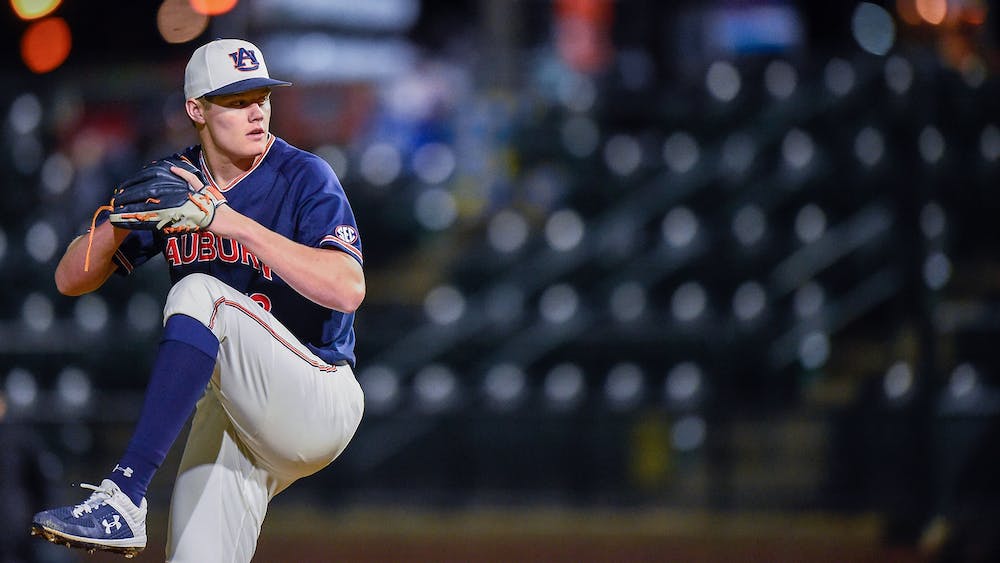 AUBURN, Ala. (EETV) For the second time in the 2021 season, an Auburn Tiger has earned the title of SEC Pitcher of the week. For the first time in his career, Richard Fitts was recognized for his efforts in a clutch-time performance against Missouri on Friday evening.

The junior right-hander tossed 8.0 scoreless frames against the hosting Tigers, facing just 14 batters, retiring seven on strikes and willed Auburn into an appearance in the 2021 SEC tournament.

Fitts' outing was the longest game thrown by an Auburn starter since Jack Owen’s complete game against UTSA in March of 2019.

The Tigers now turn their attention to the SEC tournament and their first-round matchup: fifth-seeded Ole Miss, a team who swept them in the regular season.

First pitch between the Tigers and the Rebels is set for Tuesday, May 25 at 8:00 p.m. the contest will be broadcast live on SEC Network and is streamable via SECN+ or the ESPN app.