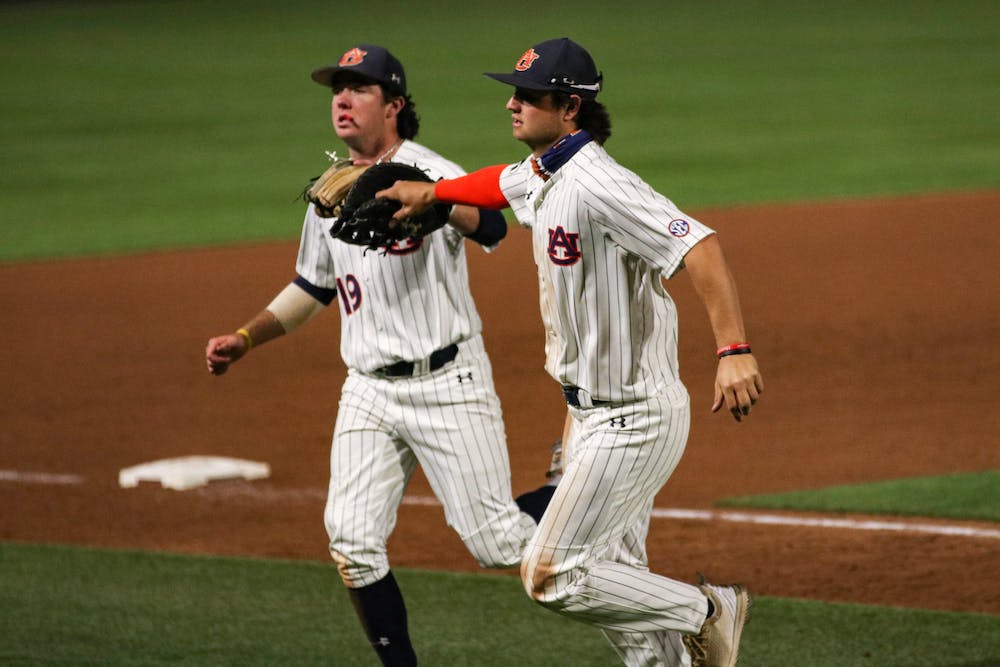 Judd Ward started the 10th inning with a leadoff double followed by a sac bunt from Ryan Dyal to advance Ward to third. Miller then launched a ball off the left field wall to score the game winning run. “It’s huge we haven’t had a walk off game since the 3rd game against Presbyterian in our first series,” Miller commented after the game. “It’s a huge boost of confidence knowing we have the offensive power to get back in the game”

Miller led the Tigers at the plate going 3-for-6 with a pair of RBIs including the game winner. While Ward only had 2 he sparked both the 10th inning and the 3-run 6th inning. He scored in both innings.

Ryan Bliss drove in a pair of runs in the 7th with a bases clearing double to give the Tigers a 7-5 lead going into the 8th inning.

Mason Barnett started for the Tigers pitching a 1-2-3 inning in the 1st before being replaced in the 2nd inning. Joseph Gonzalez had the longest outing for the Tigers pitching 3.1 innings. He struck out 3 batters and allowed no runs in his outing. “I just want people to come to the park and get better” Coach Thompson said after the game. “Joseph Gonzalez bounced back.”

Nate LaRue made his collegiate pitching deput recording a strikeout in his first ever batter faced. He pitched a scoreless 7th inning before getting pulled in the 8th after allowing a home run to Derrick Jackson.

Cam Hill came in to pitch from DH in the 10th. He pitched a scoreless inning which included a  1-6-3 double play he started.

The Tigers will be back in action Friday, April 23 at 6 p.m to host the No. 15 Florida Gators.