Sharife Cooper to Enter NBA Draft, Will Not Return to Auburn 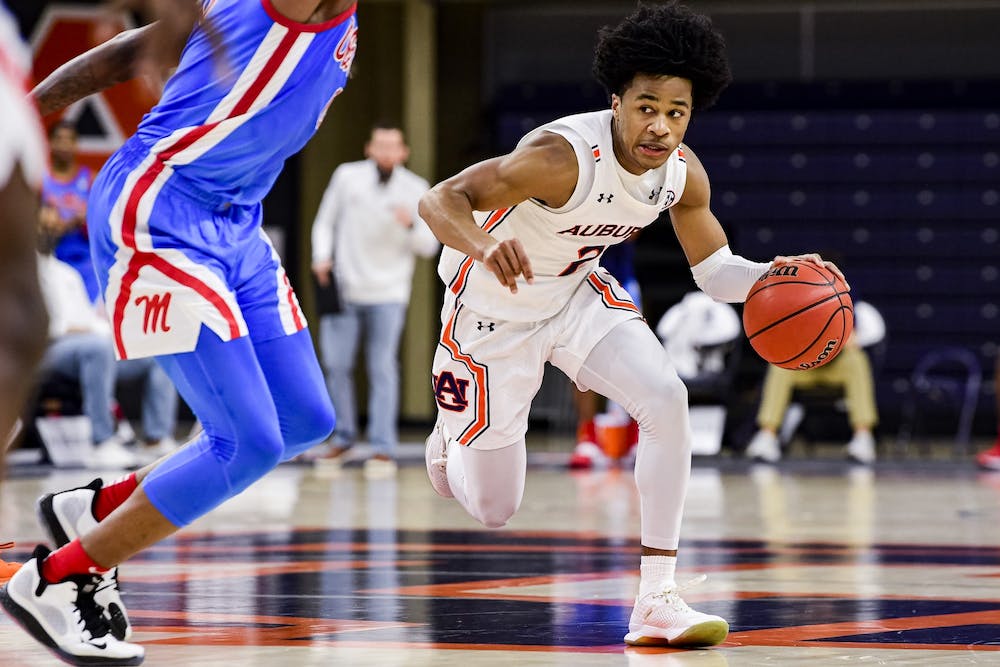 Auburn, AL (EETV)- Freshman point guard Sharife Cooper announced Friday morning that he would be entering his name into the NBA Draft.

After playing just 12 games with the Tigers, Cooper averaged 20.2 points, 8.1 assists, and 4.3 rebounds, making him one of seven college players to average 20 points per game.

Cooper sent a message to the Auburn family in a statement saying, "First and foremost, I would like to thank God. Without him, none of this is possible. I'm just so thankful for people like my mother. She's been there every step of the way and at every game. I can't remember a game that she's missed, whether it was watching it or being there. My dad - it's hard to pinpoint one thing that I could thank him for. Just being there, being him, the person he is, I couldn't be more thankful for having someone like that in my life. My brother and my sisters - Te'a, Mia, Omar - I couldn't be more thankful for them. They're my rock. To the Auburn staff - Coach Pearl, Coach Bowman, Coach Flanigan, Coach Steven Pearl, Coach Davis and the rest of the staff - they've helped me tremendously just getting better, getting stronger and becoming a better player and a better version of myself on the court and off the court. To know in the back of your head that Auburn has your back is a feeling that I can't explain.

"It was a tough decision, a hard decision, but with that being said, I would like to declare for the 2021 NBA Draft and hire an agent. I'm forever grateful to be a part of the Auburn Family. If I had to make the decision a million more times, I'd pick Auburn every time. War Eagle.”

Head Coach Bruce Pearl commented on his departure saying, "We’re very excited for Sharife. While he may have signed his National Letter of Intent in November of 2019 and only played in 12 games, he was an Auburn Tiger way before that. Players that came before him like Isaac Okoro, Devan Cambridge and Babatunde Akingbola knew full well that Sharife wanted to follow in the footsteps of some of our great point guards."

Cooper assisted 47.3 percent of Auburn's points this season and became the second Auburn player to have a double-double in three point assists since the NCAA made that an official stat.

According to ESPN's latest draft boards, Cooper sits at number seven overall which would have him goingg to the Orlando Magic. The NBA Drat will begin on June 22nd with coverage on ESPN.