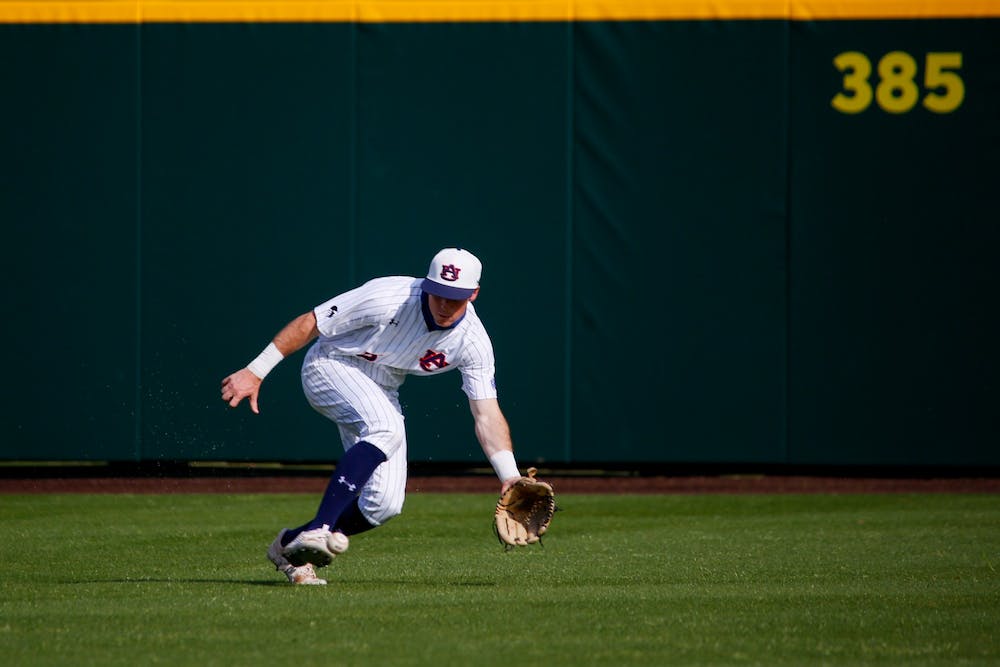 Starting pitcher Joseph Gonzalez couldn’t get anything going to start the game, allowing eight runs on seven hits before being pulled after just 41 pitches thrown. Carson Swilling came in to replace Gonzalez and allowed two more runs to make it 10 scored runs in the first inning.

“This one is more watching it and keeping him going… This is a new guy with new experience… right now it’s just nurturing,” Head coach Butch Thompson said of the freshman’s outing.

The pitching woes continued for Auburn after the first. The Tigers went through seven more pitchers throughout the game who combined for 10 hits, eight walks and four hit batters. Not a single pitcher went for longer than two full innings.

With pitching struggles come success at the plate for the Bulldogs. Kamren James, Logan Tanner and Lane Forsythe all had three hits for the bulldogs. James had an RBI while Tanner had 5 RBIs including a 3-run shot in 8th.

Auburn native Rowdey Jordan was hit by a pitch four times from four different auburn pitchers. This is just one shy of the NCAA record of being hit by a pitch five times in one game. He went on to score twice for the Bulldogs.

On the other side of the mound, Mississippi State starter Jackson Fristoe pitched for three innings striking out six batters along the way. He allowed five hits and four runs in his time on the mound before being replaced by Houston Harding in the 4th.

Through the defensive struggle, there were some bright spots for Auburn on offense. Brody Moore had three hits including two doubles and an RBI. In addition to Moore’s performance Ryan Bliss, Kason Howell and Bryson Ware all hit home runs on track to a 10-run game.

The Tigers' record now falls to 12-16, 1-11 SEC. The team will be back in action Tuesday against No. 15 Georgia Tech. The game will be played in Atlanta at 5 p.m. CT and will be available to watch on the ACC Network.