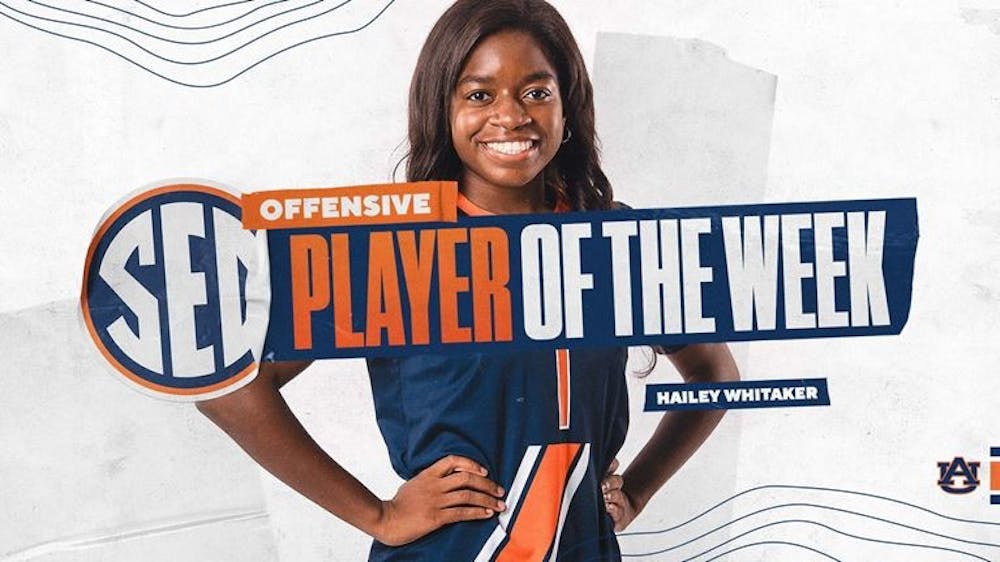 This is the first career award for Whitaker, and she will share it with Mississippi State’s Monigo Karnley. She is the fifth Auburn player to win a weekly award this season.

"Hailey has had a couple great games in a row, so we were excited to see her recognized by the SEC for her performance on Saturday," head coach Karen Hoppa said. "She had an overall terrific game and played a part in all three goals, so she is very deserving of player of the week."

In Saturday’s game against South Alabama, which saw the Tigers shutout the Jaguars 3-0, Whitaker had two assists and scored the last goal of the game.

With 36 minutes left, she took in a cross from Mallory Mooney and fought for possession with the goalkeeper before she kicked it to the back of the net. This marks the second game in a row where she has scored after scoring the game-winner in the previous game at Alabama.

Auburn will close out their regular season against Virginia Tech on Saturday April 17 at 1:30 p.m.