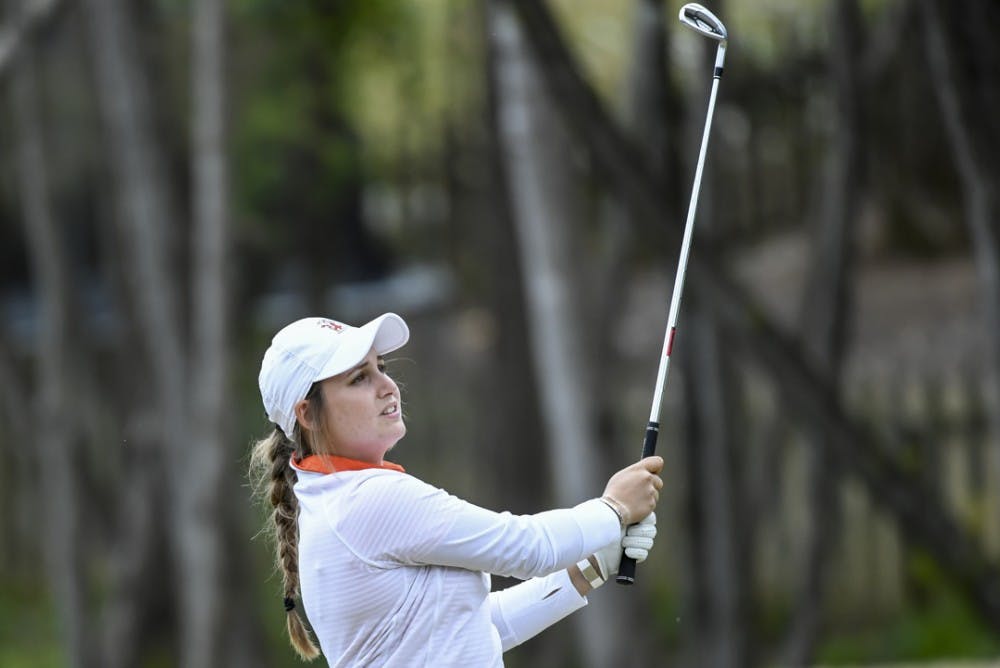 The Augusta National Women’s Amateur was established in 2018 and specifically for women’s amateur players. It’s meant to inspire the women’s game by making a rewarding path for the players to continue with their dreams.

"I could not be more proud of these young ladies," Auburn head coach Melissa Luellen said. "Everyone on our team works hard. Everyone in college golf works hard. Every athlete works hard. But there's something else that elevates them to another level. These girls love to compete. They're good at the moment. I'm just excited for their week and hope they have great play for two days to advance them to the final on Saturday at Augusta."

The tournament has 54 holes of play over three rounds. On Wednesday and Thursday, the golfers will compete at the Champions Retreat Golf Course. There is a top-30 cut that will take place after the first 36 holes. The final round is Saturday at the Augusta National Golf Club.

A senior at Auburn, Telfer, finished in a tie for 12th in 2019 at the Augusta National Women’s Amateur. She shot 1-under in the final round and shot under par also. Making their first appearance at the event is McCarthy and Schofill.

"All three are very good ball strikers, and I would say Championship Retreat is a ball-strikers' golf course," Luellen said. "You don't have to be putting great to score well there. You hit a lot of greens – all three of those players average at least 13 greens a round – and so I think the course suits them quite well.

"Augusta National, I don't know who it suits. You have to do everything well and get a little bit lucky there. Those girls have played it. They love it. It's just a golfer's dream to be there."

ANWAgolf.com will have live scoring, features, interviews, and highlights. From 11 a.m. to 2 p.m. on Saturday NBC Sports will broadcast the final round at Augusta National. The Golf Channel’s “Live From the Masters” will have a cover of the ANWA on Saturday also.