Tigers Move To Top of Leaderboard at Bulls Bay Intercollegiate 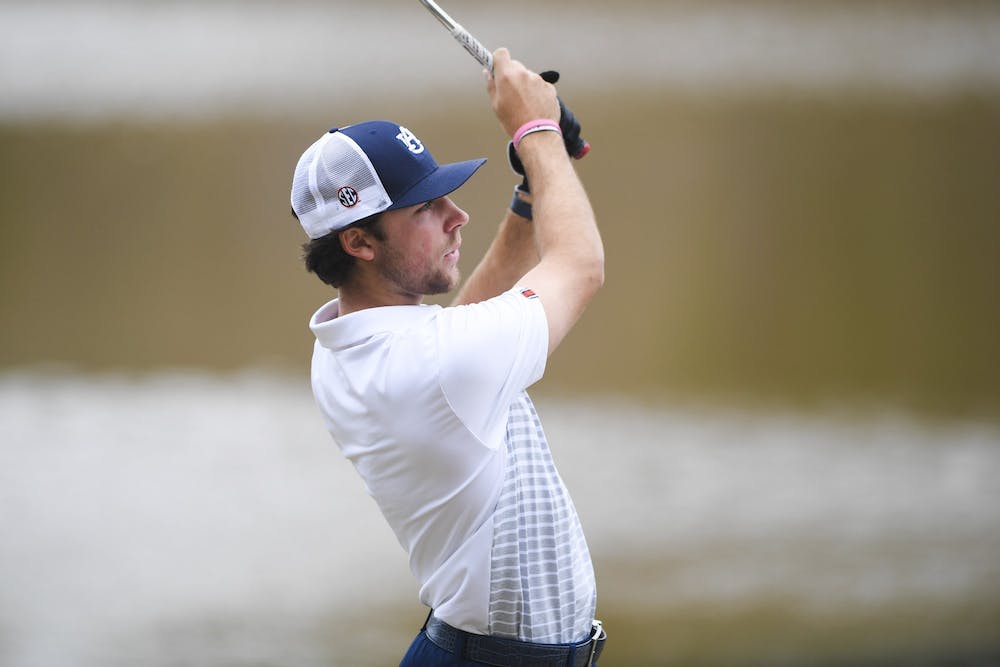 AUBURN, Ala. (EETV) — Auburns men’s golf began their day at the Bulls Bay Intercollegiate in third place, but finished the day tied in first with the NC State Wolfpack.

After firing an 8-under 280 after the second round of the Hootie, the two teams sit tied for the lead, being 13-under after 36 holes at the par-72 Bulls Bay Golf Club.

Leading by two strokes and sitting 8-under, senior Andrew Kozan made two bogeys, four birdies and an eagle on the par-4 16th hole to match what he did in the first round of play.

The group two shots behind Kozan includes teammate Alex Vogelsong. The sophomore made six birdies and added 11 pars in his second round of play.

Standing at an 11-way tie for 17th at 1-under is freshman J.M. Butler. He chipped four birdies and 12 pars. Tying for 40th at 2-over were C.J. Easley and Graysen Huff. Easley had four birdies and Huff had 13 pars.

The lineup rounds off with Wells Padgett who is tied for 47th at 3-over. Padgett is a senior and had team-best 14 pars in his second circuit of play.

The tournament will finish Tuesday afternoon. Auburn is paired with Missouri and NC State for this round. Scoring is available live at BirdieFire.com.