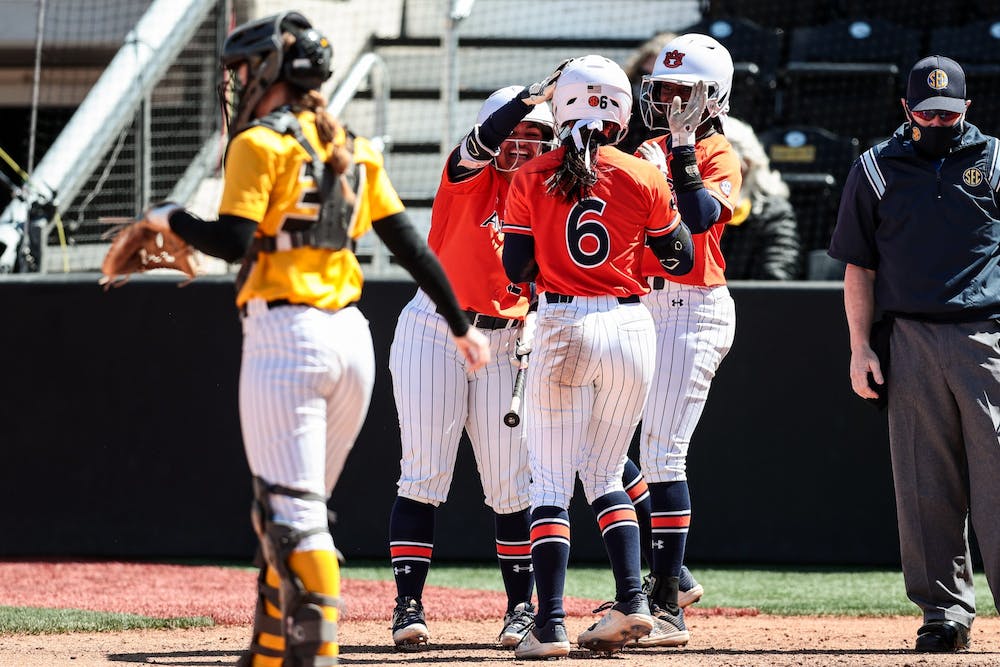 Freshman LHP Shelby Lowe pitched her third shutout on the season, striking out 11 and  allowing just one extra-base hit in the 3-0 win.

In what was a pitching duel for most of the game, Auburn was able to break the ice with two outs in the bottom of the sixth inning. With two runners on base, Tyler King sent a clutch hit up the middle for a two-RBI single. Makenna Dowell then beat out a throw at first by sliding in safe  and driving in the only other run of the game.

"Today, we struck out just four times, so we put pressure on their defense," head coach Mickey Dean said.

In a late effort to try and make a comeback, Missouri hit a one-out double in the seventh inning.  However, Lowe then picked up her 11th strikeout for the second out of the inning, and then a ground ball sent right back to Lowe gave the Tigers the win.

"We had two innings where we got ourselves in a little bit of trouble defensively, but we got out of it. We had really good defense," Dean said.

The Tigers are still looking for their first conference series win of the season, and their next opportunity will be next weekend. The Tigers welcome the Arkansas Razorbacks (28-3, 9-0) to the Plains for a three-game series beginning Thursday at 5 p.m. CT at Jane B. Moore Field.