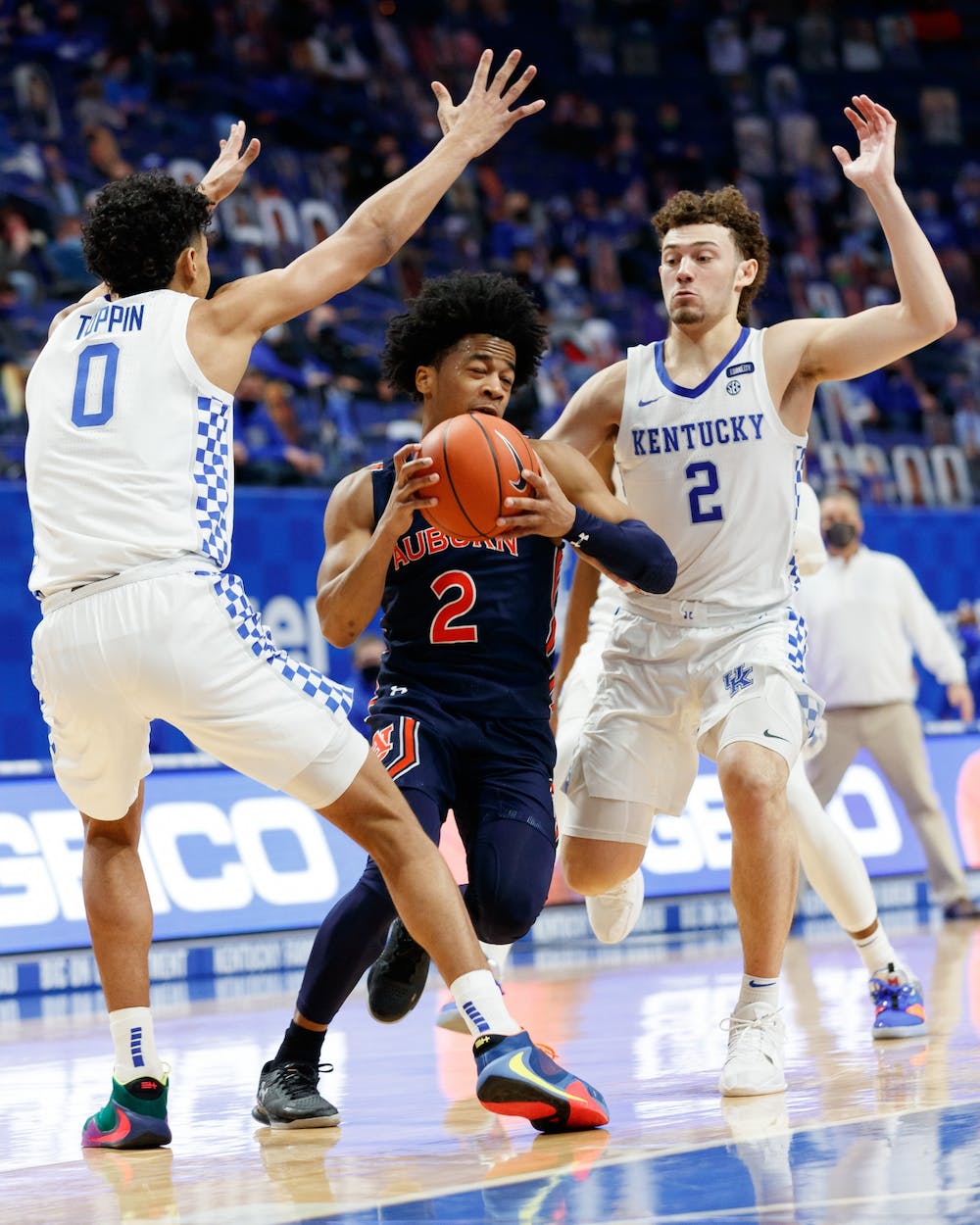 AUBURN, Ala. (EETV) While Bruce Pearl’s Auburn Tigers struggled amidst a self-admitted rebuilding year, individual performances provided reason for optimism amongst their fan base going forward. Freshmen such as JT Thor, Justin Powell and Dyland Cardwell displayed promising progression and returning players such as Allen Flanigan and Devan Cambridge improved as the season went on; however, no Tiger turned heads more than recently named SEC All-Freshman Sharife Cooper.

Despite participating in just 12 games, Cooper averaged 20.2 points, 8.1 assists and 4.3 rebounds per contest. The native of Powder Springs, Ga. scored or assisted on 47.2 percent of Auburn’s points when he partook in contests, finished third in the SEC in total assists and tallied three points-assists double-doubles.

With the freshman’s campaign abbreviated by a delayed eligibility ruling from the NCAA and injury, it is worth noting that Cooper’s journey to receiving honors such as SEC All-Freshman team has been an unconventional one.

Accolades will likely continue to pour in for the Auburn point guard; however, the question regarding Cooper’s decision to enter the NBA Draft or return for a sophomore season has now moved to the forefront. Eagle Eye TV will provide updates of the Auburn offseason happenings as information rolls in.