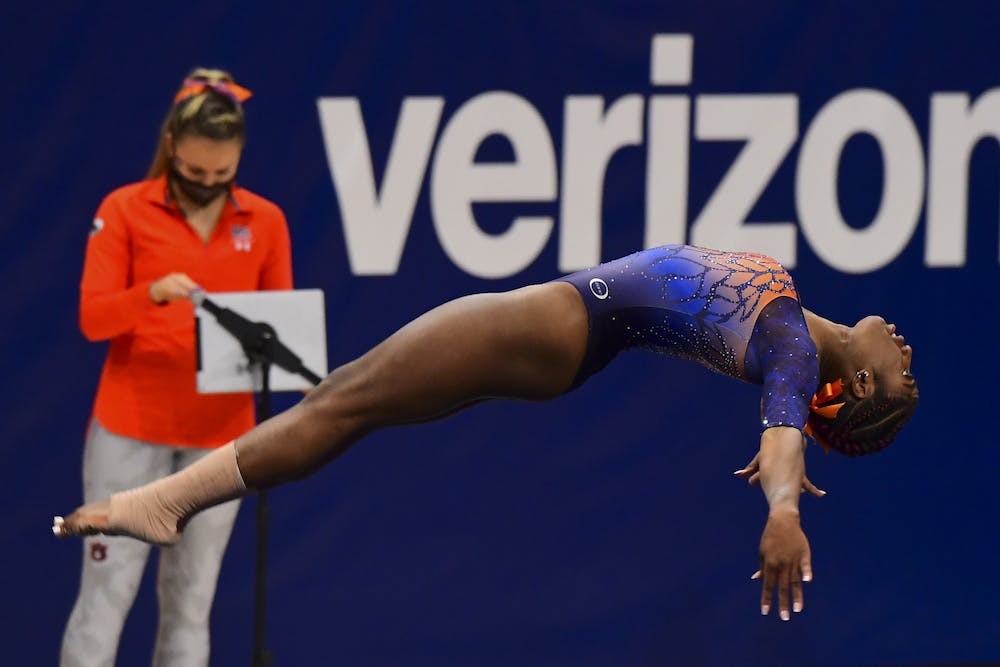 AUBURN, Ala. (EETV) - Auburn’s gymnastics team is ranked No.15 as they head to the NCAA Regional Championship. The championship will be held by No.4 ranked Alabama in Tuscaloosa April 1-3. This will be a return to Coleman Coliseum for the Tigers this season.

Coach Jeff Graba is feeling positive with his young team in the familiar place. The Tigers will be facing No.1 Oklahoma and SEC Champion Alabama. Two other SEC schools will be in attendance as well—Arkansas and Missouri.

Junior Derrian Gobourne is thrilled to be going to Regionals because they did not have the opportunity last year due to COVID-19. “We’re a really talented team so you never know what could happen,” Gobourne said.

The championship will begin April 1 with round one to include Eastern Michigan and Maryland. The winner of the matchup will advance to a second round on April 2 and the afternoon session will include No.2 and 3 seed Alabama and Arkansas, plus Iowa and Iowa State at 1 p.m. CT.

Round two will begin in the evening at 7 p.m. CT and will feature No.1 seed Oklahoma and No.4 seed Auburn as well as Missouri and the winner from day one. The Tigers will start with performances on bars, followed by beam, floor then vault.