Auburn Finishes Season with a Win at Home Over Miss. St. 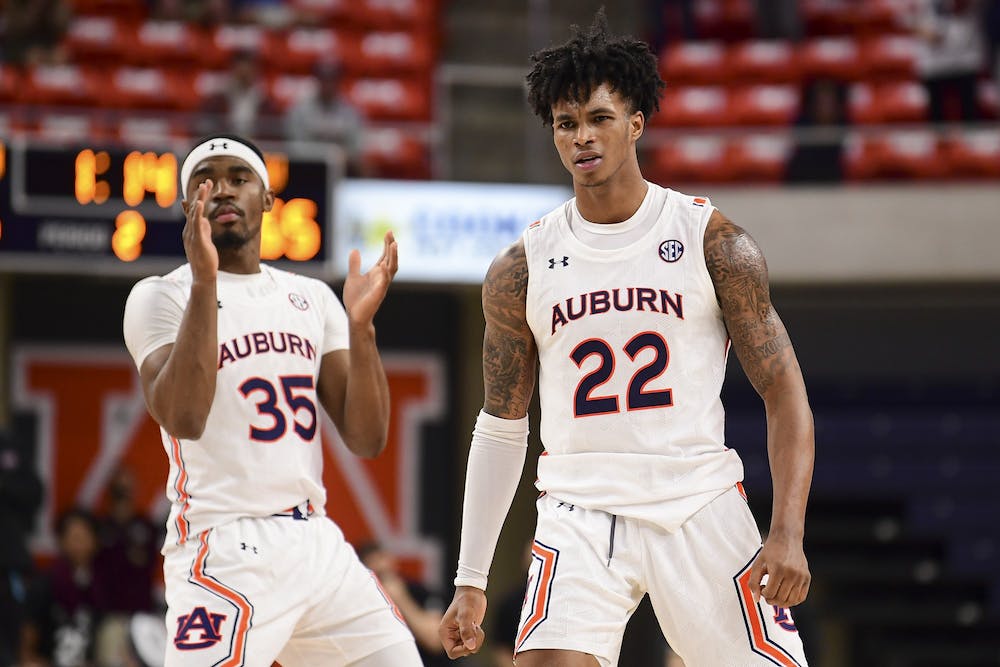 AUBURN, Ala. (EETV) - The Tigers defeated Mississippi State 78-71 in Bruce Pearl's 600th win as a head coach. An Allen Flanigan breakaway dunk put the Tigers up seven with a minute to go, and the lead would not be relinquished.

Auburn had four double-digit scorers on the afternoon. Allen Flanigan led the way with 20 and hit some crucial shots down the stretch. Jaylin Williams was right behind him with 18.

Both teams set out to make a statement on the defensive end. The Bulldogs forced the Tigers to take 17 threes in the first half due to their effective 2-3 zone.

Bruce Pearl's men looked to find success inside in the second half and they found some. They were successful at the line shooting an efficient 86%.

Coach also made a note about how the team valued the ball much more than any other game this season.

“We got good looks, and we were able to play out of it and we only turned it over nine times. That’s the lowest all season,” Pearl said.

Bruce Pearl was pleased with the way his men were able to finish the season.

“It was really good to finish the season winning two of our last three,” Pearl said.

An emotional Bruce Pearl also spoke about his 600th win after the game.

“I wasn’t really thinking about it. I am grateful to my coaches, my staff and the athletic directors that have hired me and trusted me to lead their program,” Pearl said.

The offseason starts now according to Pearl, and the players get just a week off before things kick into gear again.

“The offseason starts now; the players get the week off. I’ll be here and much of my planning this week will be getting a 5-week program ready for the guys,” coach explained.

This was Auburn's final game of the season. Bruce Pearl and the Tigers finish the season 7-11 in the SEC and 13-14 overall.