Accolades Continue to Pour in for Lowe 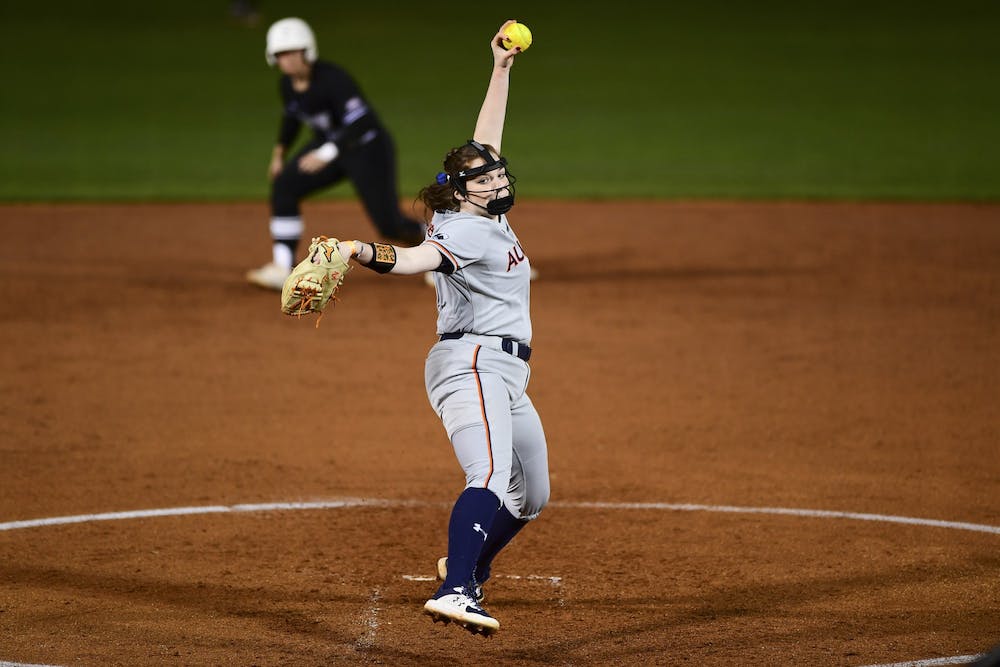 In two starts at Missouri, Lowe led her team with 17 strikeouts and gave up just one run in 14.1 innings of work; however, no feat was more impressive than that of her work in Sunday’s finale against the black and gold in which the Carrollton, Ala. Native sat 11 batters down on strikes and recorded yet another shutout appearance in a 3-0 victory to wrap up the weekend.

Lowe is the first Auburn freshman to be named D1 Softball’s Freshman of the Week, an award that began in 2020; the lefty also joined the likes of former Auburn Tiger Anna Thompson and current teammate Maddie Penta to earn SEC Freshman of the Week honors more than once.

As the Tigers draw nearer to this weekend’s homestand against No.13 Arkansas, Lowe will likely continue to build upon what has already proven to be an impressive freshman campaign. She will take the circle against the Hogs seeking her sixth 10-strikeout performance behind a second-best conference ERA of 0.78 and fifth-best 99.

First pitch at Jane B. Moore field between the Tigers and the Razorbacks will be on Thursday, April 1 at 5:00 p.m. CT. Live coverage of the clash on the diamond will be streamable on SEC+.