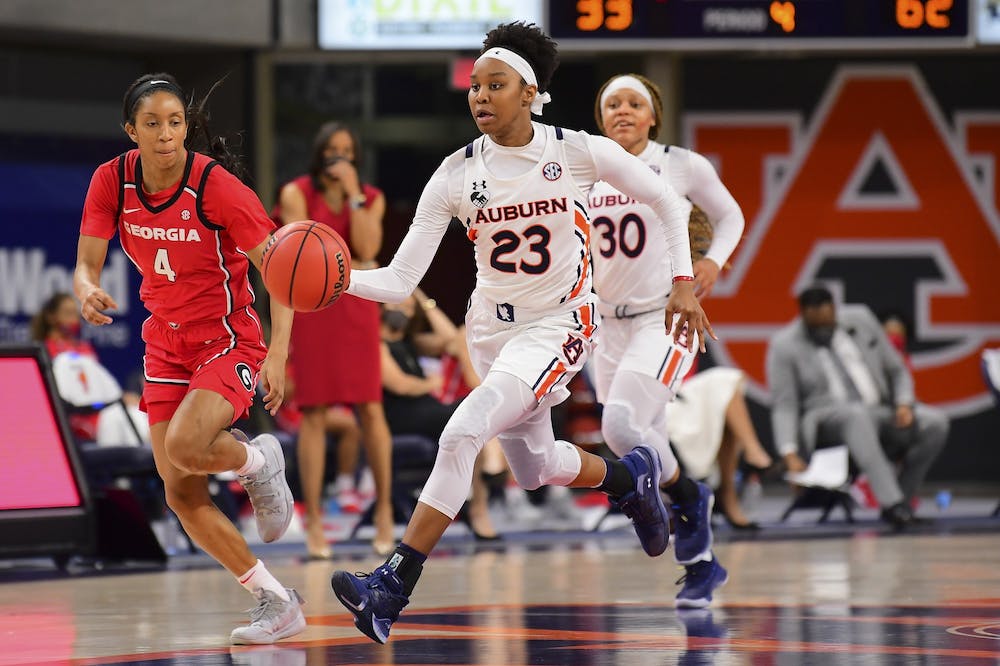 AUBURN, Ala. (EETV) - The Auburn women’s basketball team heads out to Athens, Ga., to play the no. 24 ranked Lady Bulldogs at 6 p.m. CT this evening. This will be Auburn’s sixth road game in SEC play so far this season.

Despite suffering a 85-75 loss to Missouri in their last game, the Tigers are coming off one of their best offensive performances in league play, led by sophomore guard Honesty Scott-Grayson who had a career-high 30 points.

Georgia’s last game was a 83-76 overtime victory a week ago against Alabama. The last time Auburn and Georgia met was in early January at the Auburn Arena, with Georgia leaving the plains with a 76-44 victory.

Georgia, 1-2 over their last 3 games, looks to improve their record to 15-4 before their last stretch of games before the tournament. The Lady Bulldogs, who have won six of the last seven meetings vs. Auburn, look to win at home again following their two-game road trip

Honesty Scott-Grayson and Tigers are looking to get their first win in Athens since 2015, when the Tigers beat the Lady Bulldogs 44-26. A crucial factor for Auburn to be able to get this win on the road is for the Tigers to limit mistakes, especially turnovers.  T

he last time these two teams met, the Tigers without senior guard and leading scorer and rebounder Unique Thompson recorded a season-high 27 turnovers, which Georgia was able to turn into 26 points.

Auburn’s next game is this Sunday at 5 p.m. CT at the Auburn Arena. The Tigers host Alabama in the annual Pink Game, where fans are encouraged to wear pink, in support of breast cancer awareness. Tickets for the game are available at AUBtix.com