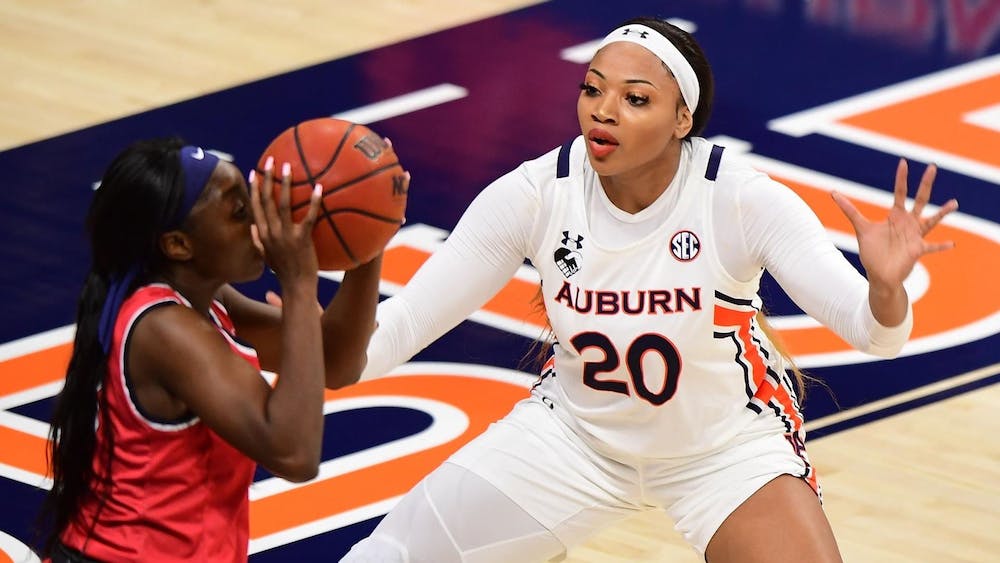 AUBURN, Ala. (EETV) – Senior Unique Thompson is in the top-10 for the Katrina McClain Award, announced Thursday by the Naismith Memorial Basketball Hall of Fame.

Named after the two-time All-American and 1987 National Player of the Year, the award recognizes the top forwards in women’s NCAA Division I college basketball.

With 1,070 career rebounds, Thompson is 49 away from breaking the Auburn career record. She just needs three more double-doubles to tie McClain for 13th in SEC history.

In March, five finalists will be presented to Mrs. McClain-Pittman and the Hall of Fame selection committee. On Friday, Feb. 5, at noon CT Starting Five Fan voting presented by Dell Technologies will go live on HoopHallAwards.com.

On Friday, April 9, the winner of the 2021 Katrina McClain Award will be presented along with the other four members of the Women’s Starting Five.