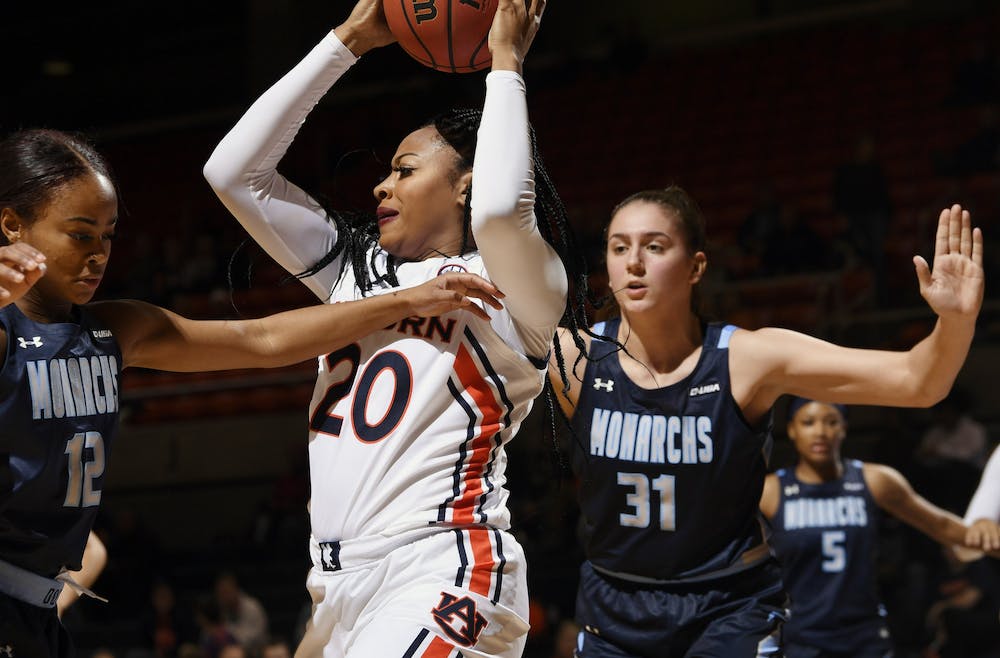 Thompson was able to sail past previous record holder, Becky Jackson, for a spot in the Auburn record book. Becky Jackson held the prior record of 1,118 rebounds during her career at Auburn between the years of 1980 through 1984. As senior night approaches this Thursday, Februrary 25th, Thompson will heading in with 1,123 career boards.

Following the game, Thompson reflected on her record and said. “It’s hard to not get choked up and teary eyed. I had goosebumps the whole game.” Prior to the game she said, “I was a nervous wreck, just knowing what I had to do tonight. Once I looked up and saw that I had (10 rebounds), I couldn’t do anything but smile.”

As the only senior, Thompson has been a vital piece to this year’s team and season. Auburn head coach Terri Williams-Flournoy said, “It’s been tough for her, being the only senior and having toput us on her back and carry us with so many newcomers, but she’s done a great job”.

Continuing her praises for Thompson,  Williams-Flournoy  said, “You look at when the record was set and now it’s 2021 that it’s being broke, that speaks kudos to Unique Thompson for what she’s done in her years at Auburn.”

The Tigers will play their last home game of the season in the Auburn Arena, Thursday night, February 24th 8 p.m. CT, against the No. 16 Arkansas Razorbacks. Both Thompson and senior manager, Trey Larrimore, will be honored in the pregame ceremony around 7:40 p.m CT for their senior night.