Tigers Take No. 16 Arkansas The Distance 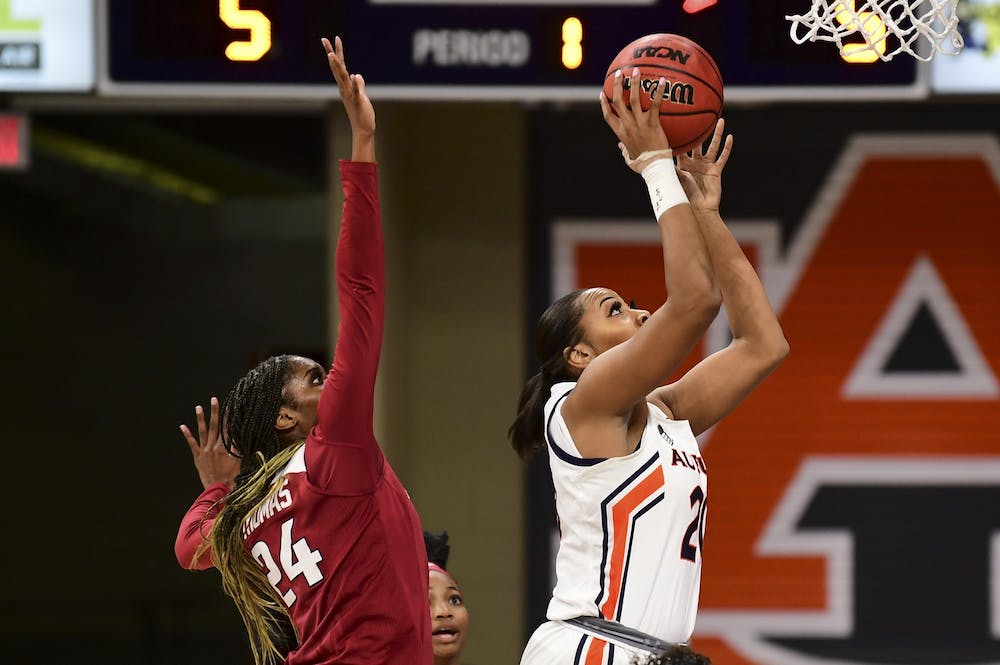 AUBURN, Ala. (EETV) - The Tigers put the No. 16 Arkansas Razorbacks on the hot seat in their final home game of the season after a 74-69 loss that went into the final minutes of the 4th quarter.

The Tigers went on a 14-4 run to end the half and went into the break up 30-29 on the Razorbacks. From there on the Tigers were able to hold onto the lead until the final 4 minutes of the game in which Destiny Slocum led the Razorbacks on an 11-4 run to seal the game.

Auburn played extremely physical of the glass grabbing 47 rebounds including 13 offensive boards. Unique Thompson lead the team with a total of 18 rebounds on the night, continuing to add the record she earned on Tuesday night against Mississippi St.

Despite Auburn’s physical play, they would stop the Razorbacks’ spread attack on offense, having three players score over 15 points each. Chelsea Dungee and Destiny Slocum each put up 16 points while Amber Ramirez made 5 shots from beyond the arch to put up 15 of her own.

Auburn is still in search of its first in-conference win on the road against the No. 20 Tennessee Lady Volunteers in the final game of the season. The Tigers will tip-off at 1 p.m. CT on Sunday, February 28th.