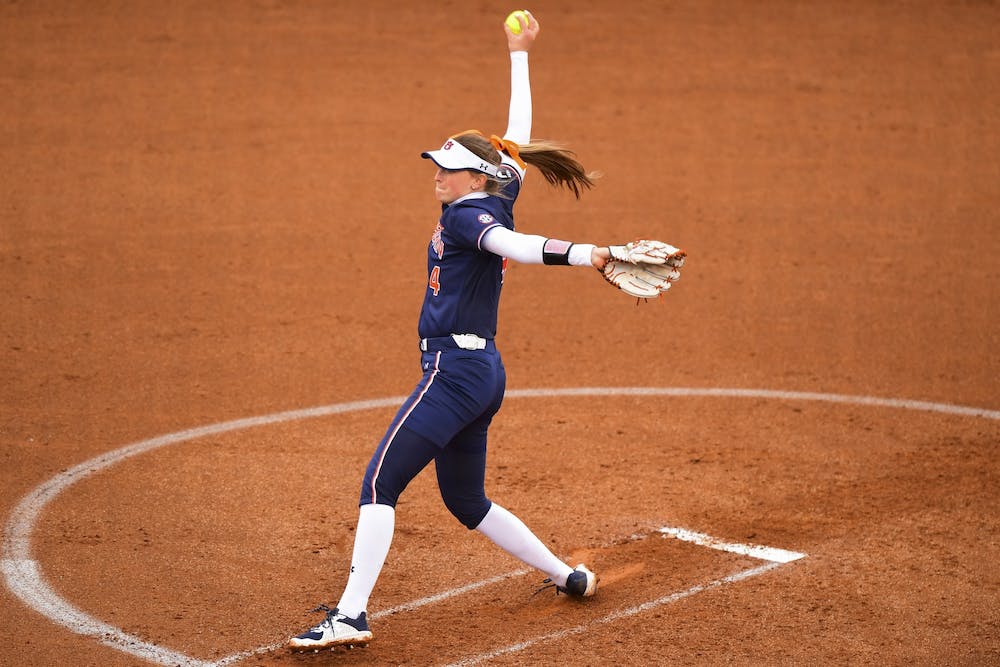 AUBURN, Ala. (EETV) - Two Tiger freshman pitchers debuted in Auburn's season-opening series against Southeastern Missouri State at Jane B. Moore Field on Saturday and Sunday. Auburn swept SEMO with wins of 8-0, 5-1 and 3-1.

Maddie Penta had the 26th no-hitter in program history, the first for the Tigers since the 2018 season. Penta struck out seven in her five innings of work.

“For a long, long time, ever since I was a little girl, I’ve been waiting to have this opportunity,” Penta said. “I’ve been working for it. To be able to step out on this field and be with this amazing and amazing coaching staff is all I could hope for. It was amazing.”

“Our defense was tremendous today, “said head coach Mickey Dean. “We played 12 innings today, had some assists from the outfield, no errors, and great decisions. That’s what excites me. Making key plays in key situations is always important, no matter what sport. You know what to do. But can you execute? We did tonight and that’s what was important.”

Kelsey Schmidt in her first collegiate at-bat hit a two-run home run. Auburn continued the pressure in the second inning, loading the bases with a walk and back-to-back bunt singles from speedy Packer and senior Makenna Dowell. Horton extended the lead to 4-0, driving in two with a sacrifice fly to deep right.

Godwin cleared the bases with a home run right over the center wall. The Tigers added a run in the inning with the help of three errors by SEMO.

It was a duel through the first four innings of game two until Auburn broke through to take the lead. Auburn led the inning with three straight singles from Godwin, Packer, and Dowell.

SEMO came back to tie up the game 1-1 with back-to-back doubles. SEMO looked to score again up the middle, but Packer made a throw-in home for Godwin to make the out.

Godwin tripled to center to clear the bases. Packer extended the lead 4-1 with a hit to left, after stealing third Packer scored on a ground out to third.

To pick up the win Dismukes tossed the final 1.2 innings. She allowed two hits, one walk, and struck out one.

Thanks to a three-run second inning, the Tigers finalized their opening series with a 3-1 win.

"Like any three-game series, the third one is always the toughest," said Dean. "The last game is always a dogfight, especially when you've won the first two."

Penta improved to 2-0 after her debut on Saturday, allowing a mere two hits and one walk over seven innings. Dowell was perfect at bat, knocking down a double, RBI and run scored in three at-bats. King also added points to the board for the Tigers with an RBI double.

While SEMO had the opportunity to even the score at the top of the seventh after an Auburn error, a strikeout from Penta and a fly ball solidified the Tigers' victory.

Auburn will travel to Jacksonville, Fla. for the Osprey/Dolphin Invitational next weekend to face North Florida, Jacksonville University and South Carolina. The tournament will be split between Friday and Saturday with the Tigers' first pitch against the Gamecocks to be Feb. 19 at noon CT.