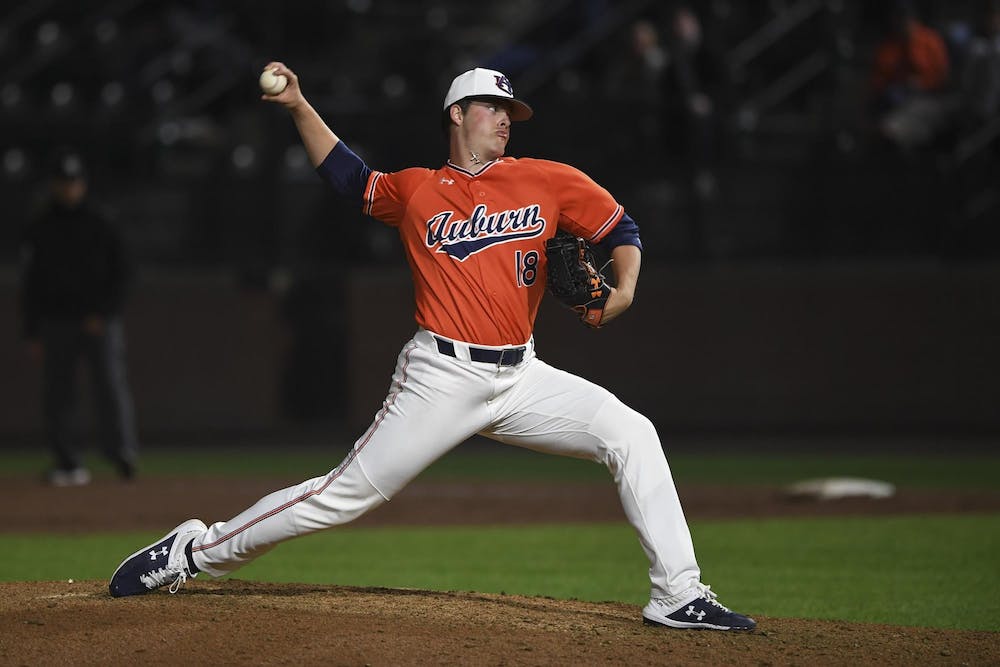 AUBURN, Ala. (EETV) As opening day draws nearer, the Auburn Tigers continue to return to game physique and sixth-season head coach Butch Thompson has turned his staff’s attention to the development and preparation of its pitching rotation.

Throughout the course of the past two weeks, Thompson’s squad has participated in intersquad competitions; however, the Tiger pitching staff has not yet come to the form that their skipper longs for them to reach. Thompson accredits this to solid offensive performances.

“I would start with the fact that we're still building up,” Thompson said. “From our staff meetings, we'd still like to play a few more innings. That's been a little bit slow, and I think I have to attribute a little bit of that to our offense. I just think our guys are having good at bats, longer at bats.”

The skipper noted that — in the first round of intersquads — his pitchers looked sharp; however, the second go-round proved less desirable.

“That first round everybody's arm comes out turning around really well and excited for those first squad games and you're kind of ready for that first live performance,” Thompson said. “Then after that first outing, the most recent was the second outing this past weekend, and the arms looked like they were underwater a little bit, just that recovery from being broken down from throwing live that first time.”

According to Thompson, a lack-luster second showing is nothing out of the realm of normality for a rotation and the anticipation for his staff is to rebound in its third session.

“Traditionally, after that second outing, we really push that start-to-start program that they really need to dig in and work like none other and you can start setting a course for the season,” Thompson said. “I look for arms to rebound a little bit this third weekend."

As far as the starting rotation, Thompson notes that the usual suspects  — Cody Greenhill and Richard Fitts — are progressing at a sufficient level; however, following the announcement of senior Jack Owen’s dislocated finger, an outlier has emerged as a potential starter: sophomore Mason Barnett.

“Mason Barnett, that's a guy that's we've probably advertised to you guys and to our fans and to our team as a potential closer type,” Thompson said. “His innings are progressing so well that I think it's up for discussion and won't be decided until after this third round.”

Thompson added that he could see his coaching staff attempting to commit Barnett to the starting rotation in the early goings of Auburn’s 2021 campaign.

The Tigers open their season at Plainsman Park on Friday, Feb. 19 when they play host to the visiting Blue Hoses’ of Presbyterian. First pitch is scheduled for 4:00 p.m. CT and broadcast details have yet to be announced.