Tigers Looking for First Win This Friday Against Missouri 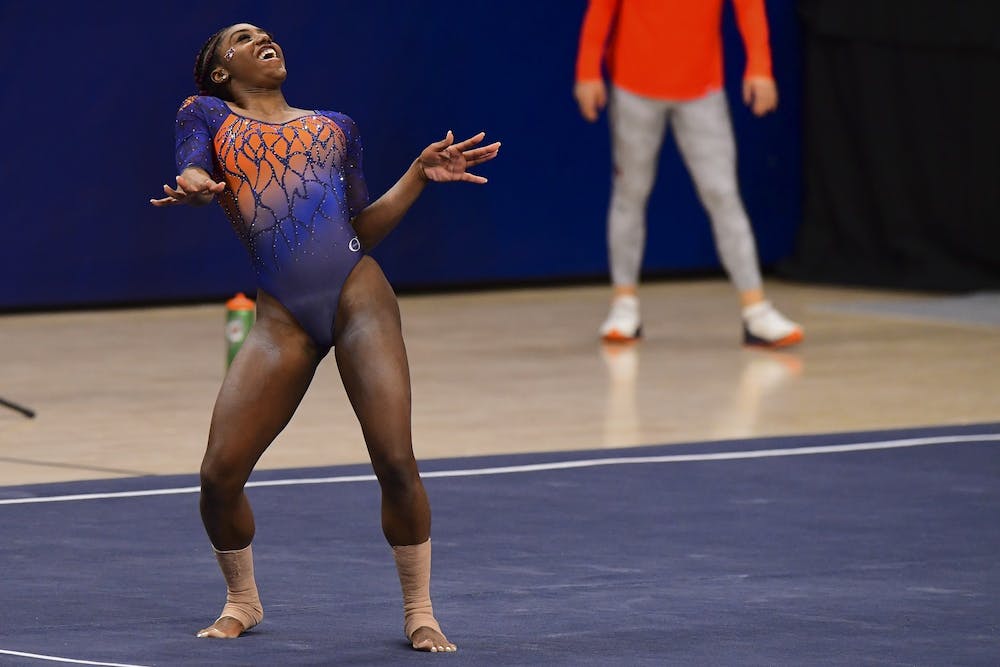 AUBURN, Ala. (EETV) - There are good feelings surrounding Auburn Gymnastics following a narrow loss to LSU last Friday. SEC Specialist of the week Derrian Gobourne spoke highly of her team after the performance.

“As a team I would give us an A+. The energy was amazing,” she said with a smile.

The competitive edge that drives Gobourne to do better was something that head coach Jeff Graba made note of in his press conference.

“She knows when she’s on her game she can compete with anyone in the country,” coach said.

Coach Graba agreed that energy was a big factor in the last meet. It is a positive sign that both coach and player are able to draw on good things from the loss.

Gobourne was encouraged by the return of several of her teammates. The disappointment of how last season ended still weighs on the mind of the Auburn junior, but the team is looking to make up for that.

“We’ve been working really hard and I can’t wait for people to see what kind of team we are,” Gobourne said.

The Tigers will have a new experience this week, as they are ranked higher than their opponents for the first time this season. Coach Graba was asked if that meant anything to the team.

“No, not really,” Graba said, pointing to the fact that they haven’t competed against anyone outside the top-10 this season.

The approach remains the same for the Tigers: focusing meet to meet on what’s in front of them and not on the outside factors. The rest the team has had this week will be beneficial after lots of travel and meets in recent weeks. An extra practice in preparation for Friday will help in making the right decision on selections for the meet.

The Tigers will look to put their best foot forward as they take on Missouri Friday at 8 p.m. CT in Columbus, Mo.