Tigers Focused on Daily Improvement Ahead of First Pitch 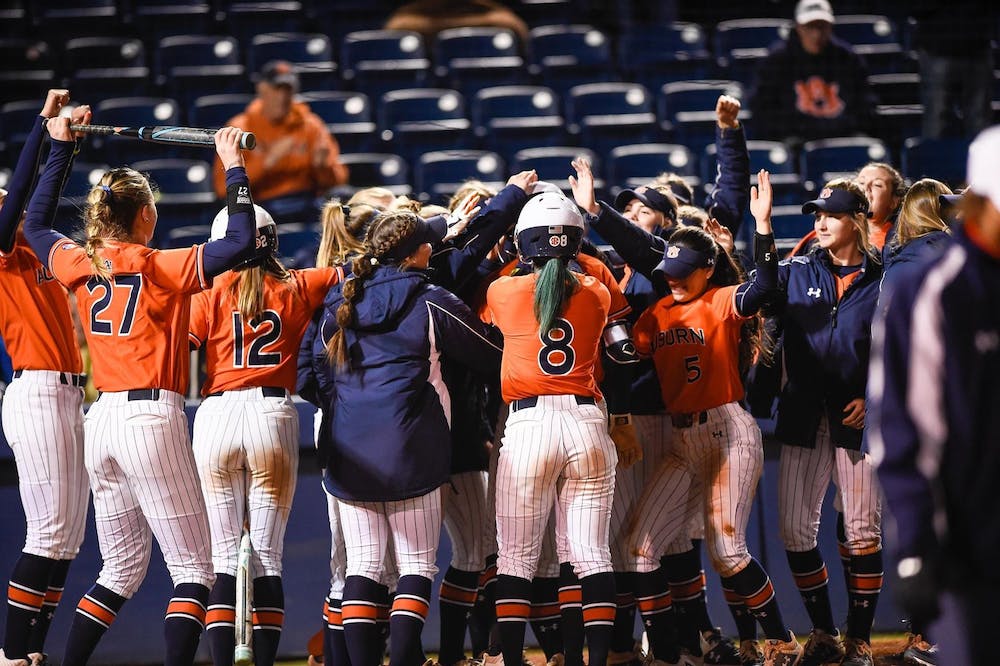 AUBURN, Ala. (EETV) With the beginning of the 2021 season just three days away, Auburn head coach Mickey Dean is optimistic in his squad’s ability to progress from its abbreviated 2020 campaign. With five returning ‘super seniors’ — deemed eligible by the NCAA due to the COVID-19 outbreak — and a signing class of freshman standouts, the Tigers are seemingly in for an interesting developmental ride.

In his meeting with the media on Tuesday afternoon the fourth-year head coach noted that the signing of nine new athletes improved the team’s overall quality and depth in drastic fashion.

“We wanted to improve in every area,” Dean said. “We went out knowing this is going to be a big year for us as far as really putting things together. We had everything we wanted in this class: pitching, speed, power.”

Dean did not mention, in detail, the assignments his freshman would receive and the skipper noted that speculation surrounding who would take the circle for the Tigers would remain unanswered; however, he did mention his encouraged outlook for the pitching staff.

“We’re in a pretty good position right now pitching wise,” Dean said. “We’re pretty deep. We’ve got five young ladies that I think could pitch anywhere. They have the ability to do so and they’re all very different from each other.”

While he did answer player and position specific questions, the head coach of the orange and blue noted that the team dynamic  — as a whole — was something that he and his staff have been most pleased by.

The skipper added that, despite the good nature of his squad, with the way the Auburn roster is laid out, players have no choice but to approach each day with an aggressive mentality.

“They don’t have a choice,” Dean said. “We’re too deep in every position, so if you take a day off, someone is going to step up and take your position or they’re going to put their name in front of your name and they know that. We talked about that.”

Player mentality does not seem to be the only adaptation for the Tigers. Dean says that, he too, has adopted a new mindset ahead of his fourth season on the Plains: to coach every game with urgency.

Dean and the rest of the Auburn Tigers will have the opportunity to experiment with new talents and implement their new mentalities when the team plays host to Southeast Missouri State for a three-game series beginning on Saturday, Feb. 13 at Jane B. Moore field. First pitch is set for 12:00 p.m. CT. The game will be broadcast live on SECN+.