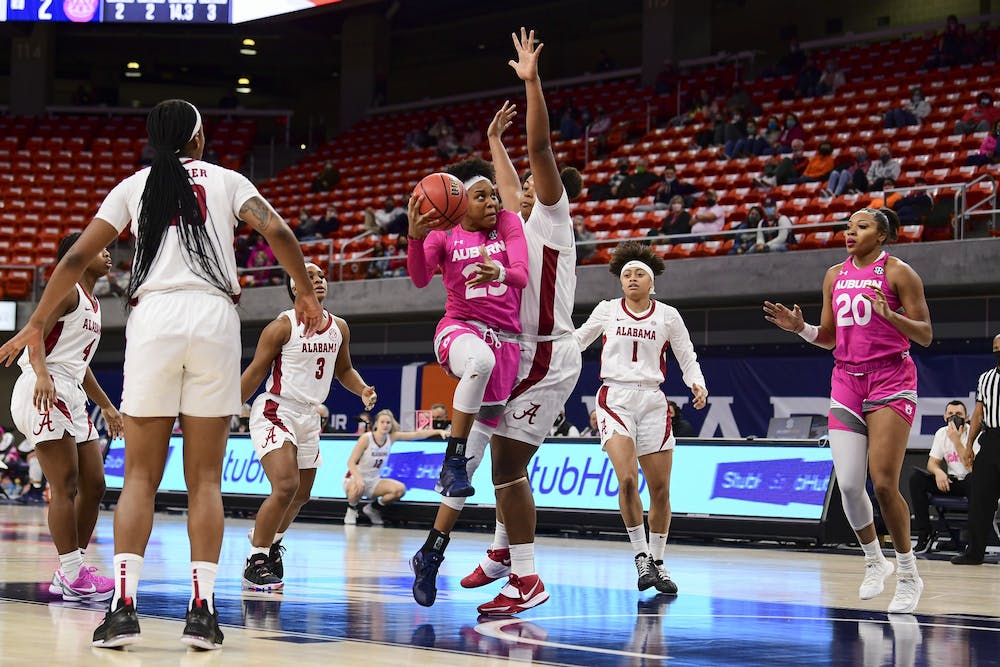 AUBURN, Ala. (EETV) - The Tigers are still searching for their first conference win after a barrage of three-pointers helped the Crimson Tide win at Auburn Arena 92-78.

Alabama hit 15 three-pointers on the night, including starting 8 of 11 from beyond the arc. The Tigers were held scoreless in the first 5 minutes of the game while the Tide built up a double-digit lead.

Jasmine Walker was the standout performer for the Crimson Tide. The senior set a new career high and tied the SEC high of the season with 41 points, going 7 of 13 from deep.

Honesty Scott-Grayson led the Tigers in scoring with 25 and seemingly kept the game from getting out of hand all on her own. The guard picked up her fourth foul with 3:35 left in the third quarter, and the Tigers lost momentum.

Alabama guard Hannah Barber stretched the lead with a few threes after Scott-Grayson headed to the bench, and the Tide wouldn’t relinquish their advantage.

Tigers' head coach Williams-Flournoy knew the foul trouble for Scott-Grayson would hurt. “You take her out, you take out our scoring,” she said post game.

Unique Thompson had a slow start to the game but picked it up later scoring 20 of her 24 in the second half. Thompson was held to just 6 rebounds, well below her NCAA leading average of 13.4.

Ariyah Copeland played a big part in the win for Alabama as she was a physical force against Thompson in the paint. Copeland and Walker ate up the glass all night for the Tide combining for 26 rebounds.

“It’s hard to win a game giving up 92 points…we gotta play better defense,” Williams-Flournoy said in her assessment of the overall performance from the team.

The Tigers will continue to look for their first win in conference play on Thursday in Starkville against Mississippi State at 8 p.m. CT.