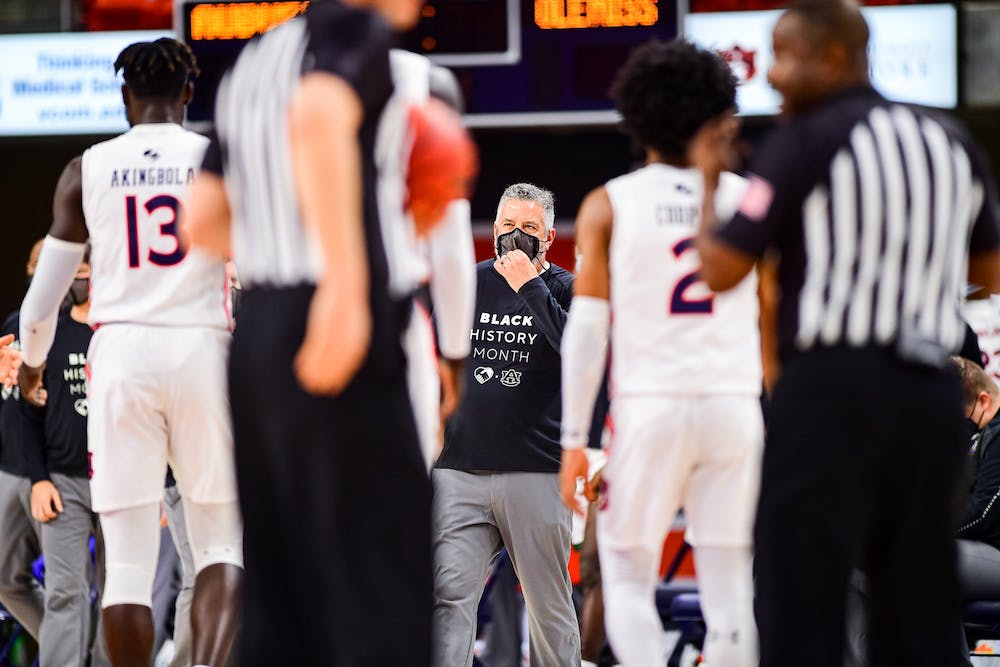 AUBURN, Ala. (EETV) Following the cancellation of it’s Thursday night matchup with Mississippi State, the Auburn basketball team has had ample time to rest up and prepare for its lone conference clash with the Tigers of LSU on Saturday afternoon.

Before discussing the importance of Saturday’s showdown with the bayou bengals, Auburn head coach Bruce Pearl discussed his disappointment in his team’s loss of a conference game and his outlook on a potential reschedule.

“Every game we can get we want to get,” Pearl said. “We'll just see what the whatever the conference decides, we'll understand and be supportive of. Let's take advantage of the teams that we know we have on the schedule right now.”

While the seventh-year head coach acknowledged that he awaits the SEC’s decision to reschedule the contest, Pearl added that he has instructed his program to continue to approach each game with the same outlook.

“You've got to play every game like it could be your last," Pearl said.

Pearl noted his disappointment with Thursday’s cancellation; however, claims that he quickly turned his team’s attention to LSU as soon as the news broke. The coach only wishes that he could have foreseen the change in the week’s schedule.

"If we had known we had a bye week, we would have approached it a little differently,” Pearl said. “...We spent Saturday, Sunday and Monday preparing for Mississippi State, and then come to find out we're playing LSU. Then we've got to get the staff together and quickly drill down on LSU, which are really different teams.”

The positives for the orange and blue? Pearl says that the team had the opportunity to focus on itself before taking on a quality SEC opponent.

Having additional time to prepare will likely prove fruitful for the hometown Tigers, as LSU enters the contest 13-6 and third in the conference standings.

Pearl knows his squad has its hands full.

“LSU is a terrific offensive team,” Pearl said. “They're sixth in the country for offensive efficiency. They're third in the league for scoring and second in free throw percentage. Cam Thomas is the fourth leading scoring in the country and first in the SEC. They've got four monster offensive players.”

The atypical bye week’s progress will be tested when Auburn travels to LSU at 3:00 p.m. on Saturday afternoon. The clash of the Tigers will be viewable on ESPN, streamable on the ESPN app and can be listened to live on the Auburn Tigers Radio Network.