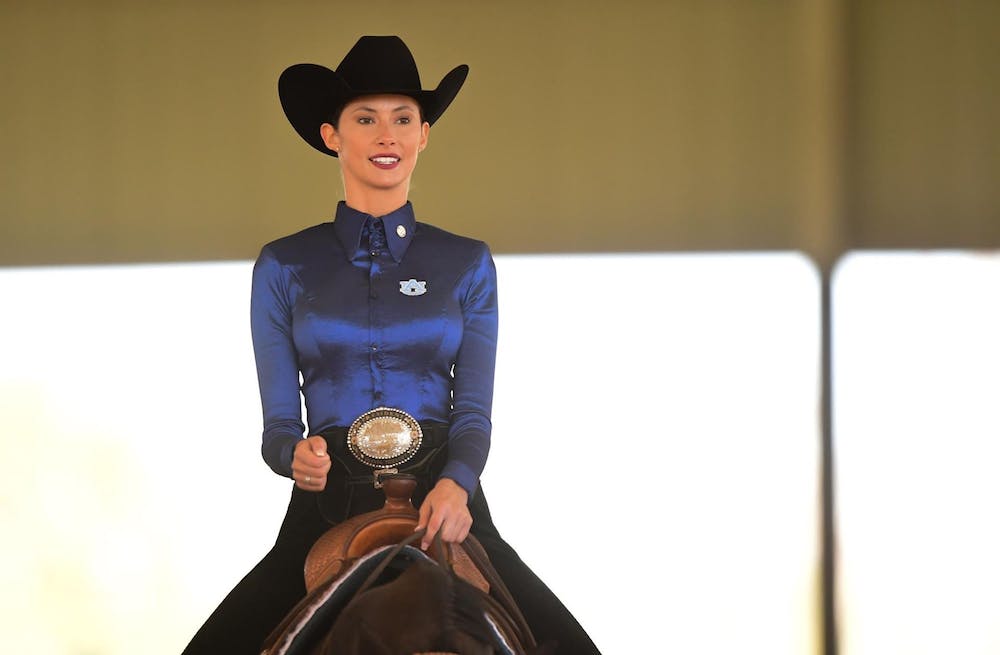 AUBURN, Ala. (EETV) - The Auburn equestrian team took on the No. 5 Texas A&M Aggies Saturday at the Hildebrand Equine Complex and put together a 14-6 win on the road.

"This team has been staying together and working hard," head coach Greg Williams said. "This win was big and I couldn't be prouder of our seniors today. They stepped up in so many ways. I
can't say enough about what coach Mary Meneely and coach Jessica Braswell continue to do to build this program, but the seniors are going above and beyond to keep the excellence going."

Auburn, now 4-0 both overall and in SEC play, extended its current winning streak to 38-straight meets.

The Tigers picked up MOP honors in every event; senior Deanna Green received the honor for both Horsemanship and in Reining. Senior Taylor St. Jacques received MOP for Fences, and junior McKayla Langmeier earned the honor in Flat.

Auburn started off with an 8-2 lead before the intermission as Fences and Horsemanship both finished with a 4-1 lead over the Aggies.

Texas A&M scored the first point in Fences, the Tigers went on to score four in a row to win the event. Sophomore Ava Stearns won her match 82-78, followed up by junior Meghan Knapic’s 83-79 win. St. Jacques scored 86 points in her MOP ride winning against TAMU junior Grace Boston 86-81. Junior Emma Kurtz finished off Fences with an 87-85 victory.

Horsemanship saw Auburn also go 4-1 over TAMU. Sophomore Olivia Tordoff started off with a narrow 78-77.5 victory, followed up by senior Taylor Searles who scored 78 points in her win, which tied her career high. Sophomore Maddie Spak beat her opponent 74.5-71, and Green finished it off with a 78-72 win picking up her first MOP of the day.

The Reining corps went 4-1 after intermission. After the Aggies won the first match, sophomore Boo Kammerer scored her career high in a 74-73 victory. Searles won her event 73.5-67, and freshman Olivia Marino narrowly beat her opponent 73.5-73, earning her first career win. Green finished off the event with a 74-73.5 win earning her second MOP honor.

Auburn had its weakest performance in the Flat, only winning 2 matches. St. Jacques won her event 77-68. Langmeier scored a meet-high 81.5 points in her victory that earned her the MOP honor.

The No. 1 ranked Tigers take on No. 8 South Carolina back home in the Auburn University Equestrian Center Saturday at 11 a.m. CT.