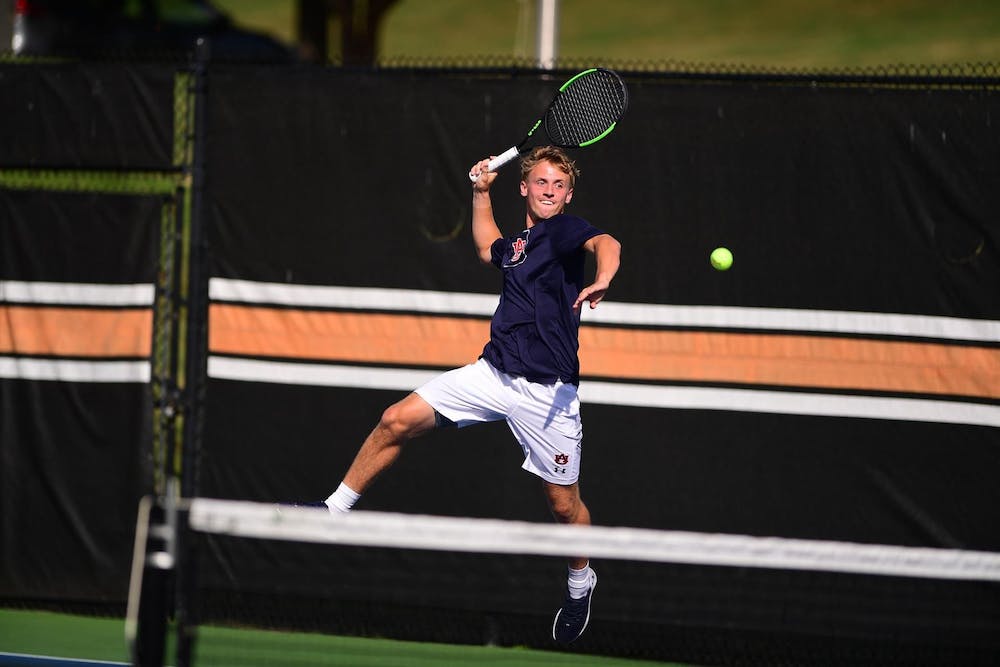 AUBURN, Ala. (EETV) — Georgia Tech left the Auburn Men’s Tennis team discouraged after giving them their first at home loss of the season after a 4-0 match on Sunday afternoon at the Yarbrough Tennis Center. The Auburn tigers are now 2-2 on the season.

In doubles, Jan Galka and Tyler Stice put Auburn on the board after they provided a swift 6-2 win over Georgia Tech’s Brandon McKinley and Cole Gromley. Georgia Tech’s No. 31-ranked tandem, Marcus McDaniel and Pablo Schelcher, primarily defeated Auburn 6-3 after a back and forth matchup against Ted Maclean and Finn Murgett. Auburn’s Tom Wright and Maxwell Giddens pushed through in their matchup against No. 41-ranked Andres Martin and Keshav Chopra, forcing a 6-6 tie breaker before ultimately losing 8-6.

Auburn’s Galka and Gidden seized their first single sets over Georgia Tech. With Galka winning 6-3 over Keshav Chopra and Giddens up 6-1 against Cole Gromley, both matchups led in their third sets when play finished. Georgia Tech clutched their win against Auburn after victories on courts two, four, and five.

The Auburn Men’s Tennis team will be ready for redemption as they take on the Tulane Green Waves Friday in New Orleans, La. at noon. Following this matchup, the Tigers will face the Louisville Cardinals at home this Sunday at 1 p.m.