Harsin's Approach to the Recruiting Progress 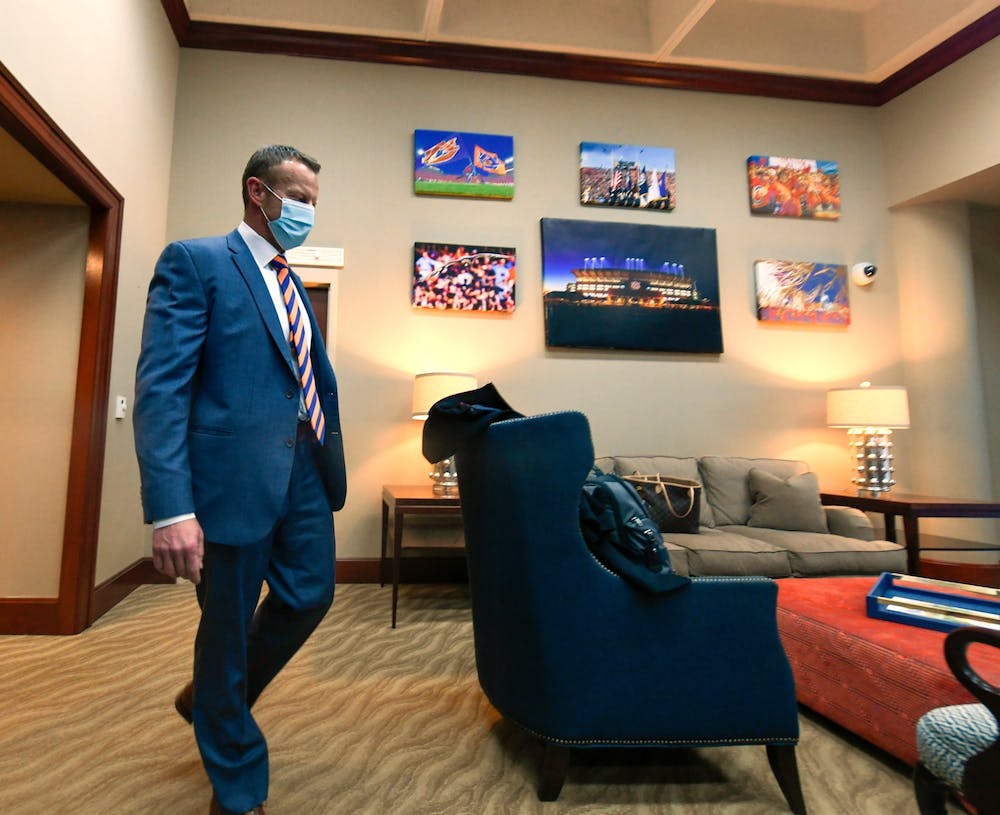 AUBURN, Ala. (EETV) - What is the recruitment process like for Coach Bryan Harsin? “It’s a process that starts internally,” says Coach Harsin.

Not only are his eyes on talented players, but he is also looking for players with a whole-role approach.

“We’re not done. There are still several spots that need to be filled,” Harsin says. “I will be looking for guys who are about culture, family, teams, depth, and competition.”

In addition to talent and skill, Harsin is looking for players who he believes will fit into the culture of Auburn and are willing to be developed. While there is definitely pressure to fill the roster for this season, Harsin does not seem stressed.

“It’s competitive to recruit no matter where you are,” Harsin says.

“We’ll get what we need in our roster, but more importantly we’ll have the right people in those positions."

Instead of paying attention to where the recruit is coming from, Harsin says he likes to ask himself “What kind of guy am I recruiting?” Overall, he is looking for players who will contribute to the team and fit into the bigger picture of Auburn University as a whole.

“They know that when opportunities come up, they gotta seize that,” Harsin said. When he asks himself what he wants to accomplish with his recruits he responds with two questions- “First, is he a good player? Second, does he fit our culture?”

When asked about the value of in-person evaluation when it comes to recruits, Harsin said it is huge and cannot be substituted. “Film doesn’t compare to getting your eyes on it and seeing certain things, because that is what you do as a coach,” Harsin said.

It is absolutely crucial for him to see players in person so he can do things like read body language and see how players respond to the coaches’ calls. “It never ends, it’s an on-going process," Bryan said. “At the end of the day it all comes back to people.”

In all of Coach Harsin’s remarks, responses, decisions, and recruiting tactics, it is clear to see his desire for a talented football team, unity with the university and culture, and more than anything, his passion to recruit players who will thrive and succeed in Auburn both on and off the field.