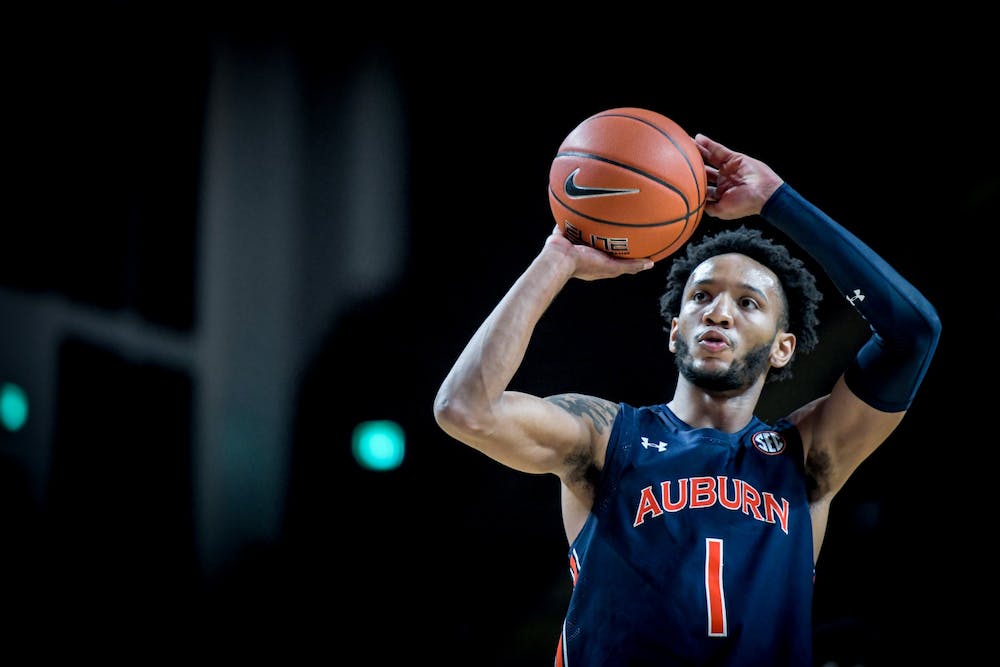 AUBURN, Ala. (EETV) - The Tigers topped the Commodores 73-67 Tuesday at Memorial Coliseum, thanks to a combined effort from Sharife Cooper and Jamal Johnson who each contributed 19 points. Entering the matchup with a three-game losing streak, Auburn's defense and second-half efforts helped the team earn the win after being down two at half.

"It was a good win, but while we made a little progress with our defense, offensively way too many turnovers. We didn’t execute very well. We’ve got to play a lot better if we’re going to win again,” head coach Bruce Pearl said.

The turnover game almost proved costly for the Tigers who gave up 17 possession changes. Vanderbilt capitalized on the takeaways, scoring 19 points off turnovers. However, Auburn also took advantage of the Commodores' 16 turnovers, turning them into 16 points for themselves.

Offensively, the Tigers only shot 35.6% (21-59) from the field, going 37% (10-27) from behind the arc. Johnson led the Tigers with 19 points off the bench. For the fourth time this season and third in conference play, he scored five or more 3s in a game, banking five out of eight shots.

"My teammates and my coaches put me in positions to be successful, so they were feeding me and I was hitting shots. The rim kept getting bigger and bigger and I just kept hitting it and it was a great half for me,” the junior guard said.

Cooper also contributed his own 19 points, 18 of which came as a result of the Auburn's second half efforts. The freshman connected for seven assists and went 10 of 11 from the free throw line.

"Sharife (Cooper) played great in the second half. Didn’t have a turnover in the game. That was just fun to watch," Pearl said.

"Let him get downhill, he’s so hard to guard, so unselfish. I thought Jamal Johnson was terrific in the first half. Really picked us up."

Devan Cambridge and Allen Flanigan had double-digit games as well, with 11 and 10 points respectively. Auburn's bench added 27 points to the board for the Tigers.

While the Tigers were down two at half, an early 3-pointer from Cooper sparked Auburn's second-half scoring run. The defense shut down the Commodores for seven minutes while the Tigers went on a 12-1 streak.

Under the basket, sophomore Jaylin Williams led Auburn in rebounds, pulling in 10. Williams' efforts combined with Flanigan's seven rebounds and JT Thor's six helped the Tigers win the game on the boards 43-34. Additionally, five other Tigers contributed at least three rebounds for the team.

Auburn (11-10, 5-7) travels to Rupp Arena to take on Kentucky Saturday. After winning the first competition Jan. 16 66-59, the Tigers will look to sweep the Wildcats. Tip-off is set for noon CT on CBS.