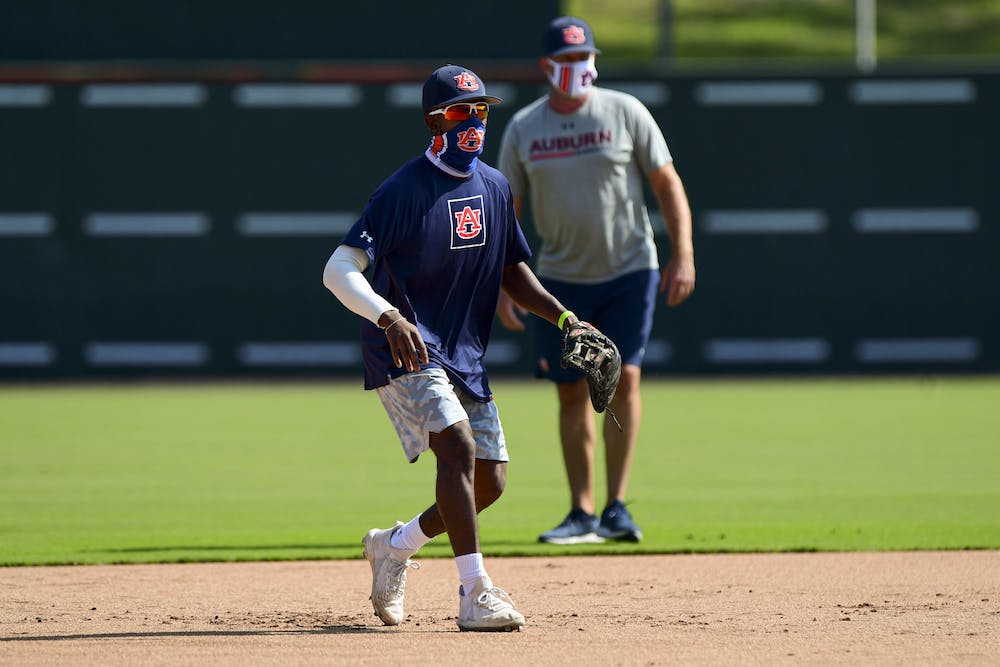 AUBURN, Ala. (EETV) - The accolades keep rolling in for Auburn shortstop Ryan Bliss and right-handed pitcher Richard Fitts as they were named to the Preseason Third Team All-America by Baseball America on Monday. The recognition is the third for Bliss and the second for Fitts.

The junior shortstop has 99 hits since the start of the 2019 season, which is the sixth most in the Southeastern Conference in that time span and the second-most among current players. Bliss and teammate Rankin Woley are currently tied in this category.

Bliss ranked second in the SEC and sixth in the country with 29 hits last season and also showed up in the top 10 in the league in runs (21), doubles (seven), triples (two) and total bases (46).

Bliss was a star during the shortened 2020 season. He started all 18 games and went error-free in 58 plays. Bliss is regarded by Baseball America as the No. 76 overall prospect for the 2021 MLB Draft.

After a strong fall practice performance, Fitts has earned multiple accolades. Entering the 2021 season, Fitts has been ranked the No. 8 and No. 9 prospect by Perfect Game and D1 Baseball, respectively. Fitts continues to stay within the top 25 prospect rankings as MLB.com has him tabbed at No. 17 overall and Perfect Game at No. 13.

Fitts has made 27 career appearances, including six starts and has a 6-3 record. Fitts made postseason appearances as a freshman, pitching in the SEC Tournament, regional, super regional and College World Series in 2019.

Fitts, Bliss and the Auburn Tigers are set to begin the 2021 season at Plainsman Park Feb. 19 at 4 p.m. CT where they will take on Presbyterian for a three-game series. Information regarding attendance and safety protocols will be announced at a later date.