Auburn Soccer Fails to Capitalize on Chances in Draw with LSU 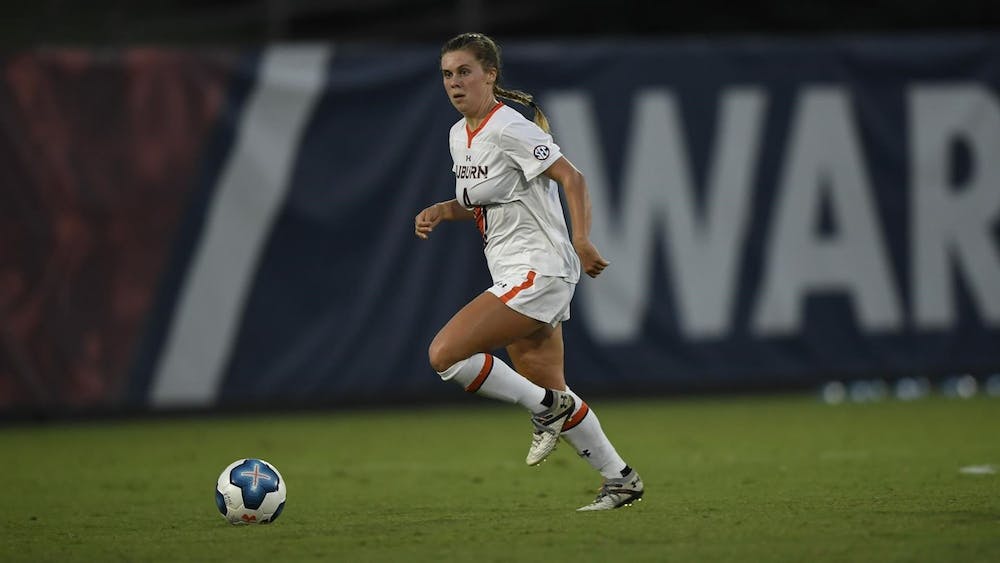 Auburn, AL (EETV)- Auburn and LSU ended in a goalless draw after two overtime periods at the Auburn Soccer Complex. Both teams had a combined total of 22 shots on goal, but failed to find the back of the net.

LSU came out very aggresively in the first half forcing two defensive stops from Auburn goalkeeper Maddie Prohaska, who earned her fourth clean sheet of the season.

Anna Haddack led the way for the Tigers with 8 of the 16 shots on goal. Haddack had one of the best chances of the game with a right-footed shot that was saved from the outstretched arms of LSU goalkeeper Mollee Swift who made her seventh save of the night.

In overtime, Auburn missed a huge opportunity to win the game after a mistake from Swift gave Olivia Candelino a chance to score. Candelino headed the ball towards Corrie Loxley who shot the ball over the crossbar.

“I thought we started the game really slow, but we grew into the contest and created enough chances to win,” head coach Karen Hoppa said. “We just couldn’t find the back of the net.”

Auburn had 55 percent possesion and seven shots on target while LSU had just six total shots and five on target.

Auburn's record goes to 5-4-3 and they will go on the road next Saturday to face Clemson at 1:00pm.