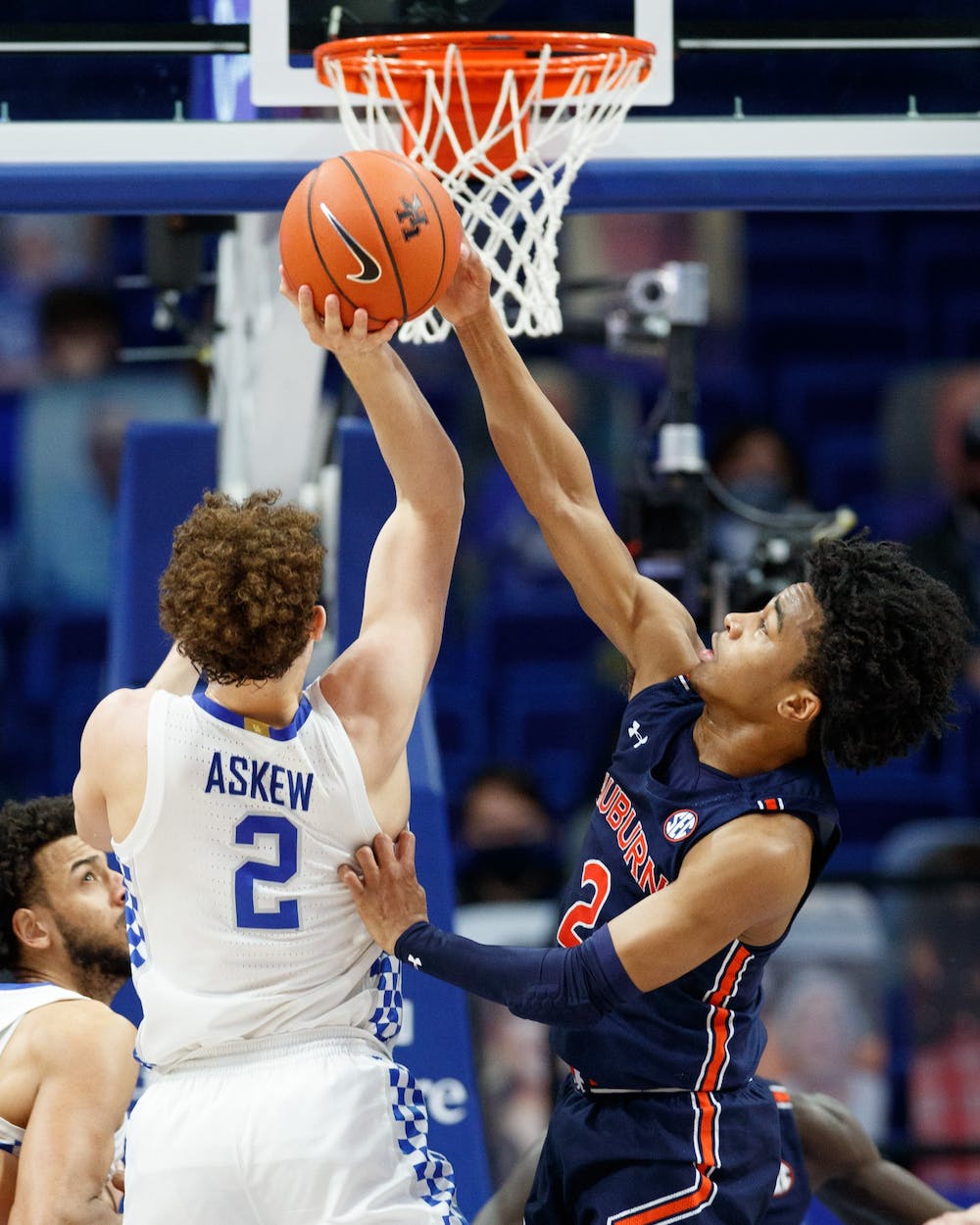 AUBURN, Ala. (EETV) - Auburn came up short 82-80 on the road at Kentucky on Saturday despite JT Thor and Allen Flanigan combining for 47 points for the Auburn Tigers.

In less than 30 seconds, Auburn was down 12 with six minutes remaining and scored six points to cut the lead in half. Thor scored 12 of Auburn’s points in the final stretch.

Flanigan had a fastbreak to tie the game 77-77 with less than a minute to go. Kentucky came back with a 3, giving the Wildcats the lead for the rest of the game.

“If you look at how we played at the end of the game, down we played like our hair was on fire,” head coach Bruce Pearl said. “That’s how our teams play best. This young team has not learned that lesson yet, and the season is almost over. So, I’m very disappointed.

“You can’t give up 52 points in a half and expect to win a basketball game, let alone make history.”

Thor finished the game with a career-high 24 points. The Auburn freshman failed to make double figures in the last three games but came out to this game with a different mindset. He shot 8 out of 11 from the floor and making 5 of 6 shots from the 3-point line.

“I was just trying to let the game come to me," Thor said. “Trying to not put pressure on me to make plays. If you’re open shoot it. Don’t care about the makes or misses.”

“He’s one of my best NBA prospects because he can elevate his game,” added Pearl. “You have 24 and 9 as a freshman in Rupp, that’s pretty good. He’s got a great future, and he’s a pretty good player right now. I’m proud of JT. He’s a great teammate, too. He’s so unselfish.”

This season Thor is the sixth Auburn player and third freshman with 20 points in a game.

Flanigan was only one point shy of his career high. He scored 23 points in the loss, 15 in the second half, and scored seven points straight to keep the Tigers in the game.

“Al was so productive offensively,” Pearl said. “He was able to score through contact. Every 3 balls he took, he looked good. He got five defensive rebounds. He did a lot of great things. He’s a workhorse for us.”

Flanigan is now averaging 14.3 points per game this season and has scored double figures in 19 of Auburn’s 21 games.

Sharife Cooper scored double figures in Saturday’s game with six rebounds and eight assists. This is the fifth game where Cooper has had at least 10 points, five assists, and five rebounds in a game.

Jamal Johnson, Cooper and Thor helped the Tigers get an early lead. Auburn led 36-30 in the first half before falling short in the final score.

Coming up, the Tigers (11-11, 5-8) return home on Tuesday night versus Mississippi State inside Auburn Arena. Tip-off will be at 8 p.m. CT.