Auburn Puts Pressure on No. 2 LSU but Falls Short in Record Breaking Night 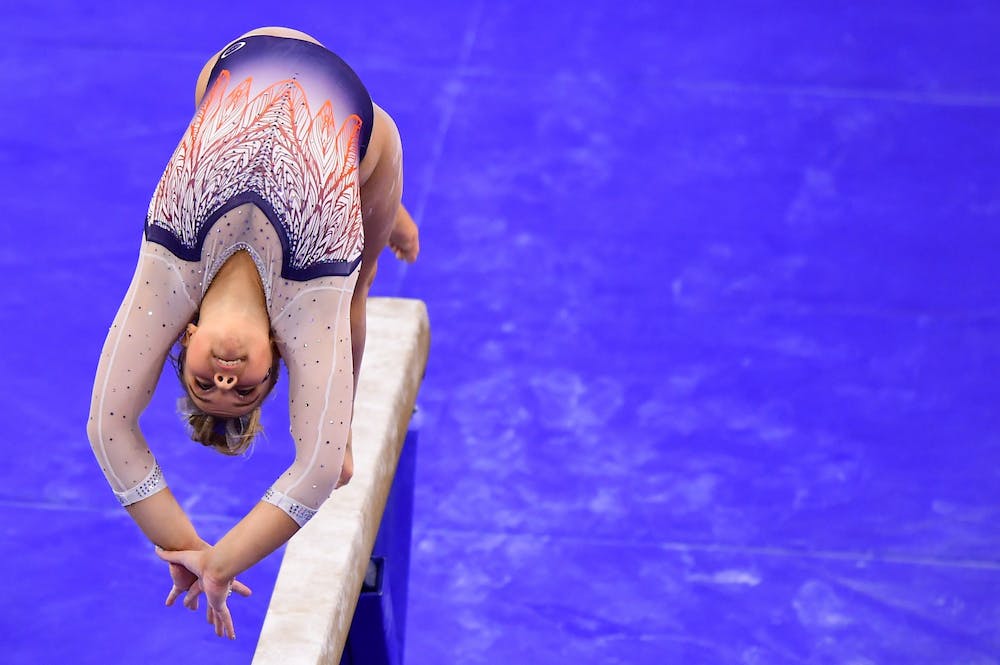 AUBURN, Ala. (EETV) - Auburn welcomed in the No. 2 ranked Tigers of the Bayou Friday night for a showdown on the mat and they did not disappoint. Despite falling to LSU 197.550 to 197.075, Auburn put constant pressure on the top-ranked team.

The Tigers clinched a season-high team score Friday, with many gymnasts racking up season and career bests as well.

“I’m really proud of the way they handled it,” head coach Jeff Graba said. “Number two team in the country comes in and we’re hanging with them all the way until the end."

Cassie Stevens, Drew Watson, and Derrian Gobourne all scored career bests on the floor, with Stevens and Watson scoring a 9.900 and Gobourne scoring a 9.975.

Records were set on beam as well, as Meredith Sylvia, Stevens and Watson put out a season-best on beam. Freshman Gabby McLaughlin scored a career-high with a 9.925.

It was a record-breaking night for Auburn as many more gymnasts set highs, including Gobourne and Watson’s vault season highs with a 9.9 and 9.875 respectively.

While the Auburn Tigers were on fire, the LSU Tigers were just a small step ahead. On the vault, three LSU gymnasts produced a 9.9. LSU also produced two 9.9s on the floor.

LSU’s score was the second-highest score in the nation in 2021, and the Tigers advanced to 4-0 on the season.

Despite the loss, Watson said, “Now we are all thinking we can do more, you can always do more. We are motivated and excited.”

Auburn keeps improving this season as the stars are starting to align for them. Stevens and Aria Brusch are back after missing last week, Watson is close to her normal self and Gobourne keeps putting up big numbers.

“I leave tonight thinking we are really in a good spot,” Graba said. “We are starting to become really healthy so knock on wood we just can keep it up.”

The Tigers return to the mat Feb. 12 where they will look for their first win of the season. Auburn will travel to Missouri for another Tiger versus Tigers matchup. That meet will begin at 8 p.m. and can be found on SEC Network.