Auburn Has Late Game Rally in Loss to Baylor 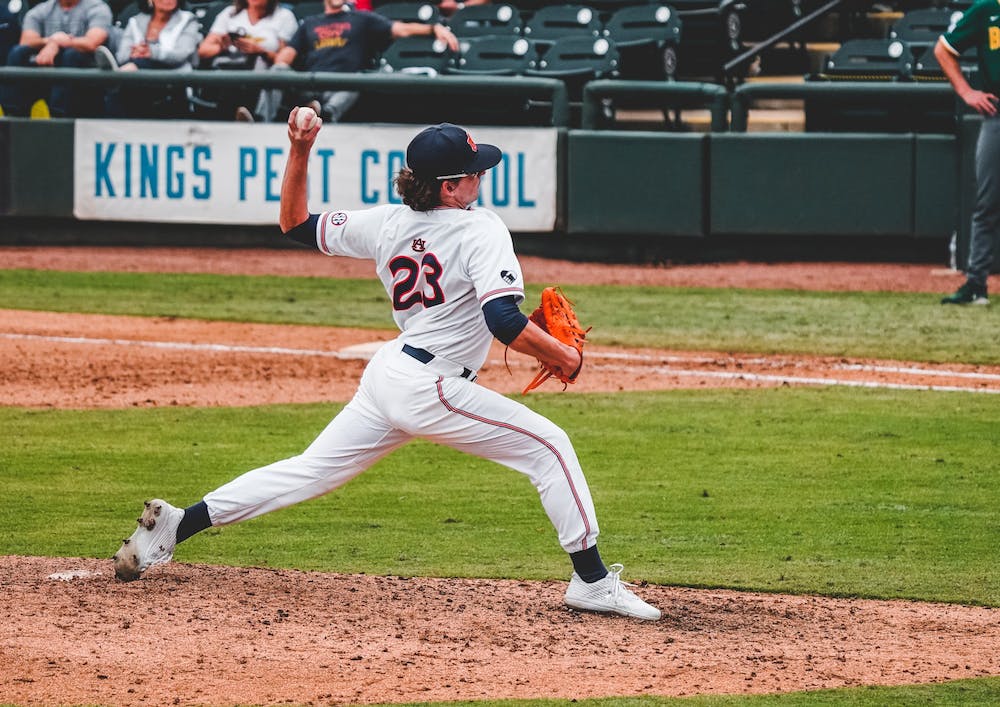 AUBURN, Ala. (EETV) - No. 17 Auburn scored four runs in the last two innings but lost to Baylor 12-6 in game two of the Round Rock Classic at Dell Diamond Saturday.

Baylor hit a home run on the second pitch of the game and never looked back, scoring 12 runs in six innings.

Peyton Glavine pitched a career high three scoreless innings to finish the game, earning two strikeouts and only one hit.

"He was the first one who controlled the plate today," Thompson said of Glavine. "He got a game ball because he came in and really took the sting out of their swing, being ready to pitch."

Tyler Thomas, who came in to relieve Pitts, allowed two runs on four hits with two walks and had the most strikeouts with three in two innings.

Auburn did not score until a Kason Howell single earned Tyler Miller a run in the fourth. In the fifth, Steven Williams' double got Brody Moore a run.

Miller scored off a home run in the eighth inning and hit a triple in the ninth to get John Samuel Shenker and Brayton Brown both a run. Miller scored later off a Howell single.

Auburn ended the game with the bases loaded as the comeback attempt fell just short.

Auburn takes on Texas A&M (3-3) Sunday at 11 a.m. CT at Dell Diamond to finish of the Round Rock Classic.