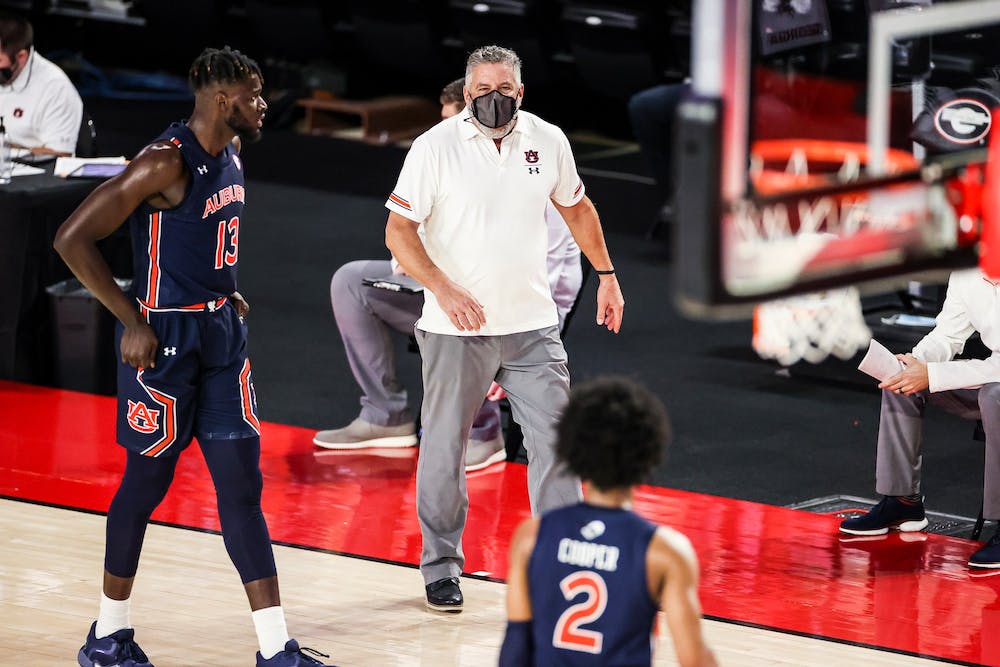 AUBURN, Ala. (EETV) In a season in which the Auburn Tigers entered play as the youngest team in college basketball, patience has been the mantra of Bruce Pearl’s squad throughout its 2020-21 campaign; however, between the introduction of freshman point guard Sharife Cooper and the Tigers posting of back-to-back conference wins, the head coach says that team moral is on the incline.

“Obviously, we won a few games, so we're happier,” Pearl said. “You can tell from my standpoint. I'm making jokes. I'm just happy for the kids. Losing wears you out.”

Pearl pointed out that, despite approaching the season with the understanding that this year was designated as a developmental season, securing conference wins positively impacts a team’s ability to keep a positive outlook.

“Losing wears you out,” Pearl said. “No matter how much we were prepared to have a developmental season - and we still are, this is a developmental year, we are the youngest team in the country to play a game this year, the youngest, the least experienced - losing takes its toll.”

With wins over conference foes UGA and Kentucky, the head coach admitted that the team’s attitude is refreshing; however, also added that there is still much basketball left to play.

“The attitude is good, and we feel good that we're playing better,” Pearl said. “Is it good enough to keep winning? We'll find out.”

The Tigers’ ability to continue playing high-level basketball will be put to the test on Wednesday night when the squad travels to Fayetteville, Ark. to take on what Pearl describes to be an NCAA tournament team in the Arkansas Razorbacks.

“I still think Arkansas is an NCAA Tournament team,” Pearl said. “I still think they're a team that will finish in the top six in our league. They have probably played the toughest schedule in our league so far. They've already played at Tennessee, at Alabama and at LSU. Those right now look to be three of the top five teams in the league.”

Pearl also referred back to the Tigers’ 97-85 loss to the Hogs at Auburn Arena earlier in the season, stating that his team has to play better should it want to continue its winning ways.

“We're maybe hopefully a little better defensively,” Pearl said. “We've still got to do a better job of not turning it over quite so much. Again, they scored 27 in transition."

The Tigers will have their chance at redemption over the Hogs at Bud Walton Arena on Wednesday, Jan. 20. Tipoff is set for 8:00 p.m. CT with live broadcast on SEC Network.