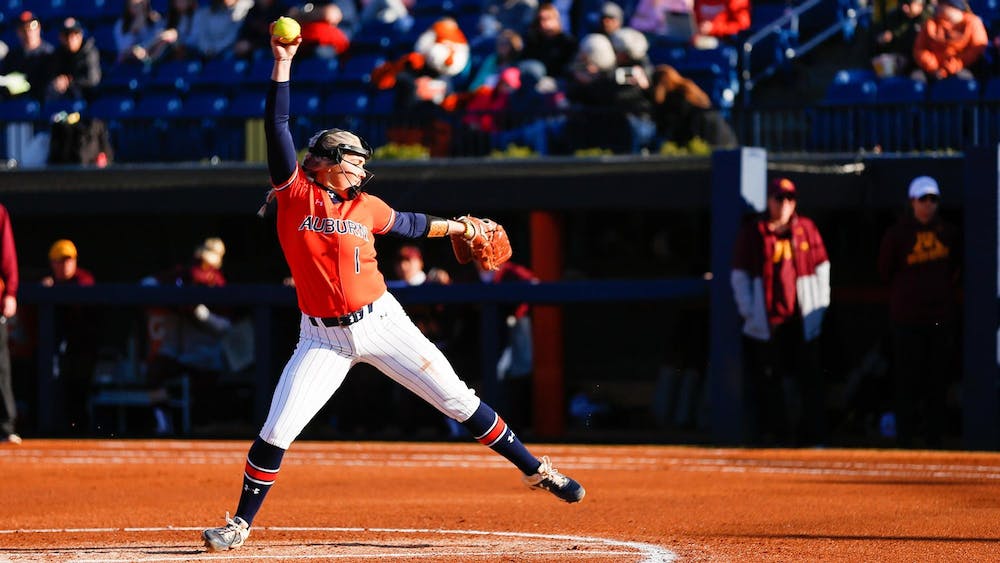 AUBURN, Ala. (EETV) All previously existing lofty expectations have been raised even further for junior Auburn pitcher Samantha Yarbrough; the right-handed gun slinger has been named to both Softball America’s top 25 college juniors as well as USA Today’s Player of the Year preseason watch list.

After transferring from the University of South Alabama, Yarbrough made 13 game appearances for the Tigers in 2020 and made an immediate impact on the diamond. After posting a record of 6-0 in the circle, tossing two complete games in just three starts, posting an ERA of 1.15 and allowing just 24 hits and eight runs in 48.2 innings of work, the junior solidified a spot in the Auburn starting rotation heading into 2021.

Despite the youth of her Auburn career, Yarbrough is no stranger to media recognition for her play on the field. In her brief time on the field in 2020, Yarbrough earned SEC pitcher of the week honors following a one-hit effort in the Tigers’ 5-1 upset of No. 18 Minnesota.

It is also worth noting that the Fairhope, Ala. native’s naming to the USA Today Player of the Year watch list marks the fourth time a Tiger has begun the season in the watch category in the past five years.

Yarbrough and the rest of the Tigers will be back in action on  Friday, Feb. 12 against Southeast Missouri State in Auburn’s opening game of the Plainsman Invitational.