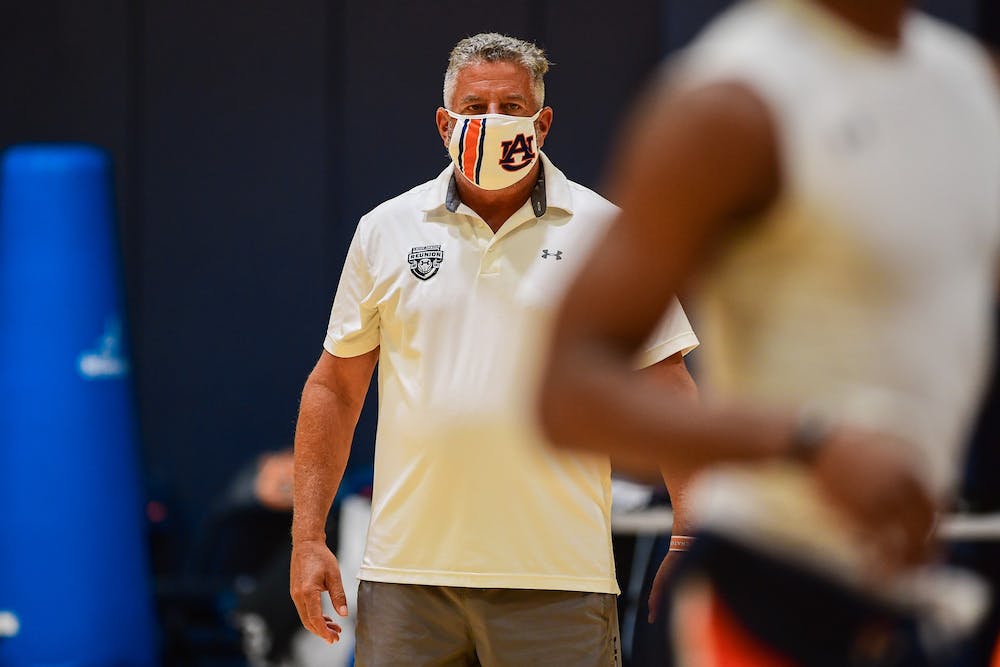 AUBURN, Ala. (EETV) Ahead of Wednesday’s road contest at the University of Georgia, Auburn head coach Bruce Pearl explained his team’s keys to success. Unsurprisingly, the seventh-year leader of the Tigers pointed to freshman point guard Sharife Cooper; however, Pearl made certain to mention that the reigning SEC freshman of the week could not win the game on his own.

“We're better offensively with Sharife, there's no question about it,” Pearl said. “But the things that are failing us, whether it's 50-50 balls, defensive rebounds, ending possessions, physical play, which I think is a big part of what's ailing us, he doesn't bring that.”

In his debut for the Tigers, Cooper posted 26 points and nine assists; however, pulled down only four rebounds and turned the ball over on five occasions.

Pearl noted that, despite the true freshman’s lack-luster defensive display in his first appearance, Cooper is an impact player for the orange and blue. The head coach went as far as drawing comparisons to former Tigers point guard Jared Harper.

“He's a difference maker,” Pearl said. “You remember when I talked about Jared Harper, I said, 'Jared Harper is going to be worth the price of admission.' The same thing is true with Sharife. You're just going to enjoy watching him play. It's not that difficult to figure out. You put him in a ball screen and give him some space, have some guys move around him a little bit, and let him make plays.”

With Cooper back in the lineup, Pearl noted his excitement towards having his complete squad together and the opportunity to build for the program’s goals going forward.

“I've got my group back,” Pearl said. “I'd like to get (Powell) back, and I'd like to get this team - the 11 guys that we've got left - playing together and see how good we can get, see how much we can learn, and understand what we've got to do to be a championship program.

The status of previously mentioned Powell’s injury remains unknown; however, Pearl’s plans to continue building a championship program will move forward on Wednesday night when the Tigers travel to take on the Bulldogs at Stegeman Coliseum at 6:00 CT. The game will be broadcast on SEC Network and streamable on the ESPN app.