Williams to Return to Auburn in 2021 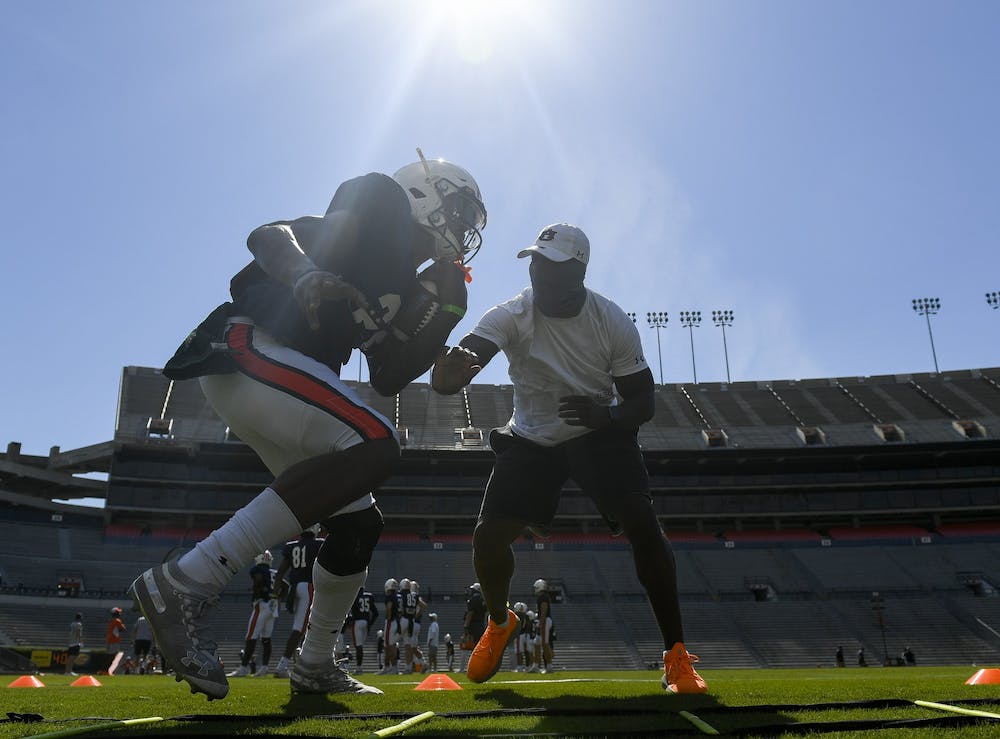 AUBURN, Ala. (EETV) - When a program undergoes a change in head coaches, it is not uncommon to see a large change in personnel. Thus far, Auburn’s transition into the Bryan Harsin era has been no exception. With changes in defensive and offensive coordinators, strength coaches and a new offensive line coach, the Tiger coaching staff appears significantly different; however, fans of the orange and blue were informed of one constant on Friday evening: Cadillac Williams is not going anywhere.

Harsin informed the media that he was excited to bring Williams back as the Tigers’ running back coach in the 2021 campaign.

"I'm fired up to have Cadillac on our staff," Harsin said. "After several conversations, it was easy to see how much passion he has and his desire to learn, grow and develop in the coaching profession. Just spending time with him you see why he is the ultimate ambassador for Auburn football, and that goes beyond just being an elite player but an elite person."

Williams in his first two years as the running backs coach, his squad has produced nine 100-yard rush games, three SEC offensive player of the week honors and  — most notably — reigning SEC Freshman of the year Tank Bigsby.

Before taking a coaching position for his alma mater, Williams played for the Tigers from 2001 until 2004, recording 3,831 rushing yards, two 1,000 yard seasons and earned SEC special teams player of the year honors in his senior season.

Upon the conclusion of his collegiate career, Williams was drafted fifth overall in the 2005 NFL draft. He spent seven years in the NFL, six witht the Bucaneers which were accompanied by a lone season with the Saint Louis Rams. The back totaled over 4,000 yards on the ground despite suffering a torn patellar tendon in his right knee, a feat that would plague him with recurring injuries for the remainder of his career.

Williams, Harsin and the rest of the Auburn Tigers will continue to reconstruct their program as the team heads into the offseason and begins working towards spring football. The first look for the new-look Tigers will come on Sept. 4 against Akron at Jordan Hare Stadium. Details have yet to be announced and are subject to change.