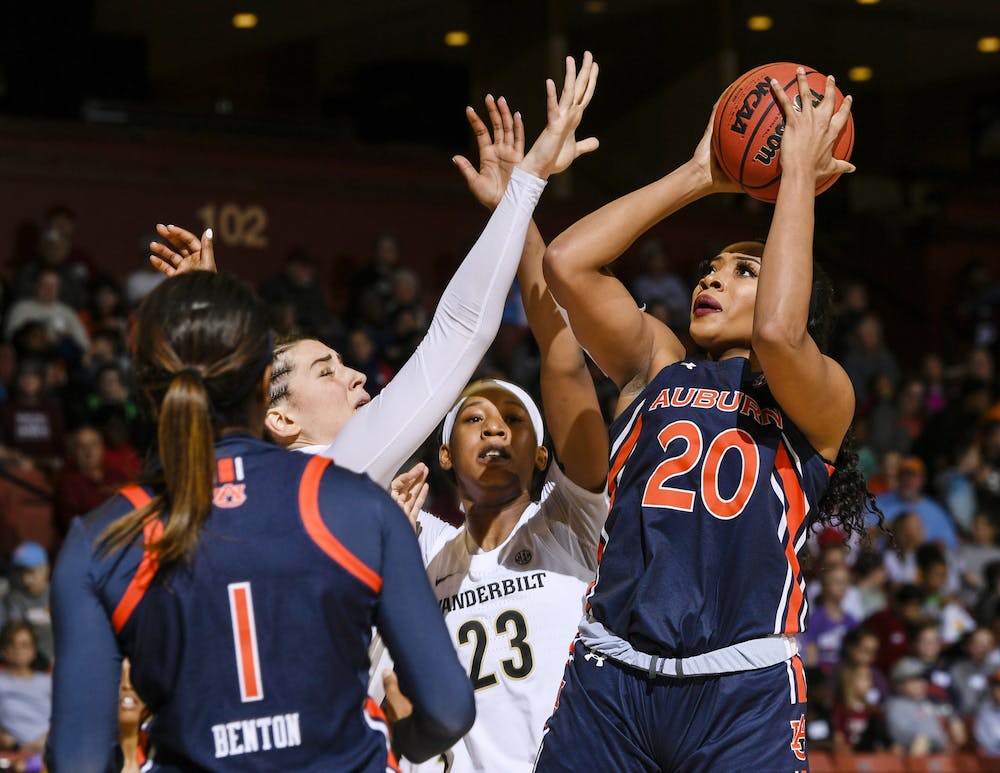 AUBURN, Ala. (EETV) While the Tigers’ 76-71 loss to the No. 12 Kentucky Wildcats may not have sent the orange and blue clad home fans home happy, Thursday night’s showdown inside of Auburn Arena was nothing short of a solid foothold for an Auburn team that is attempting to climb its way into SEC competition.

The first 20 minutes of gametime showed promise for coach Flo’s squad. The Tigers found a way to effectively move the ball, spreading points across six different players and keeping up with the pace that the Wildcats set on the offensive end of the floor.

Despite a positive display on offense, Williams-Flournoy was not pleased with her squad for giving up 40 points in the opening half.

“We gave up 40 in the first half but  — if you look — we were giving it up to other people,” Williams-Flournoy said. “And they made some shots.”

Auburn went into the locker room at halftime trailing just 40-32.

Following a first half that was likely much closer than Kentucky head coach Kyra Elzy would have liked, the Cats were out for blood in the early third quarter. The blue and white continued to rain down threes, building a lead as large as 14. Coach Flo was frustrated with her team’s continued struggles defending shots on the perimeter despite harping on the skill in practice.

“We harp on it for all of our life,” Williams-Flournoy said. “It’s our achilles heel. I swear that every team that plays us, their game plan is to shoot the three. Even teams that don’t shoot the three.”

After falling behind in the early third, Auburn began to chip away at the Kentucky lead, bringing the game as close to within five. Williams-Flournoy accredits the late surge to her team’s ability to maintain focus and not give up on the contest.

Although the Tigers eventually fell short in completing the comeback, coach Flo was generally encouraged by what she saw on the court Thursday night, describing the contest as Auburn’s best game in conference play thus far.

“I would say the best in all four quarters,” Williams-Flournoy said. “We’ve had some good quarters throughout some of the other SEC games but I thought this was full game where we played extremely well.”

The Tigers will be back in action on Sunday, Jan. 23 when the squad travels to Tuscaloosa to take on rival Alabama inside Coleman Coliseum. The game will tip off at 1:00 p.m. CT and will be broadcast live on ESPNU.