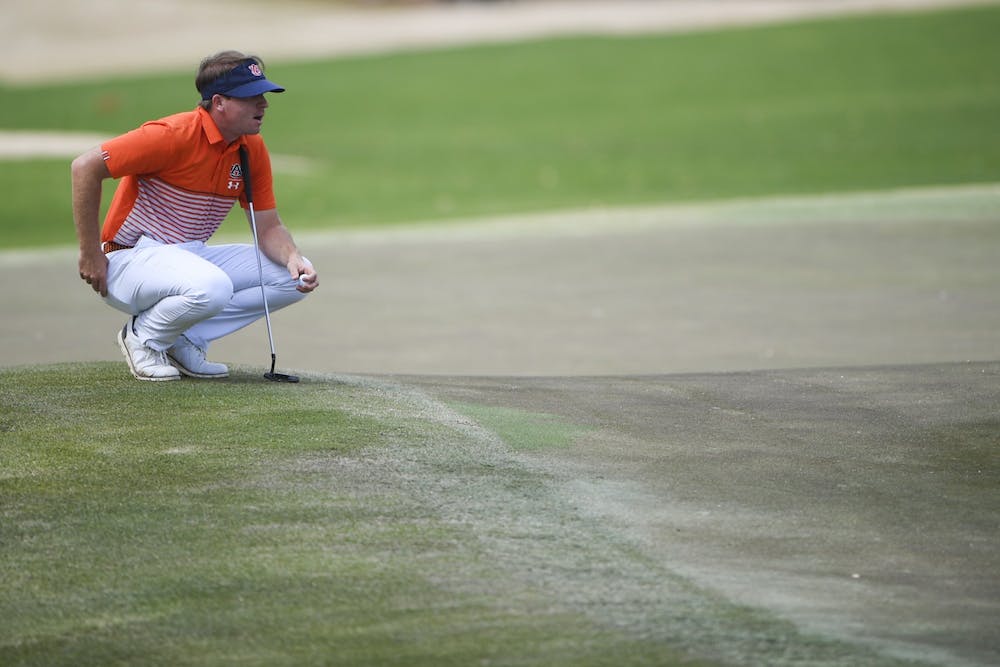 Clinard’s squad enters the spring season following an all-SEC three tournament fall campaign in which the Tigers found themselves ranked No. 8.

Auburn’s lone win in the fall came in its final tournament — the Jerry Pate National Intercollegiate — where the squad was one of three to shoot 19 under at the conclusion of the third round. The Tigers went on to defeat SEC competition Vanderbilt and Georgia in a playoff set to return to the Plains sporting hardware.

The Tigers will likely turn to sub-72 golfers Graysen Huff, Jovan Rebula,J.M. Butler, Wells Padgett and Alex Vogelsong to lead the charge throughout the spring season.

Clinard and company will be back in action at the Gator Invitational on Feb. 12-14.