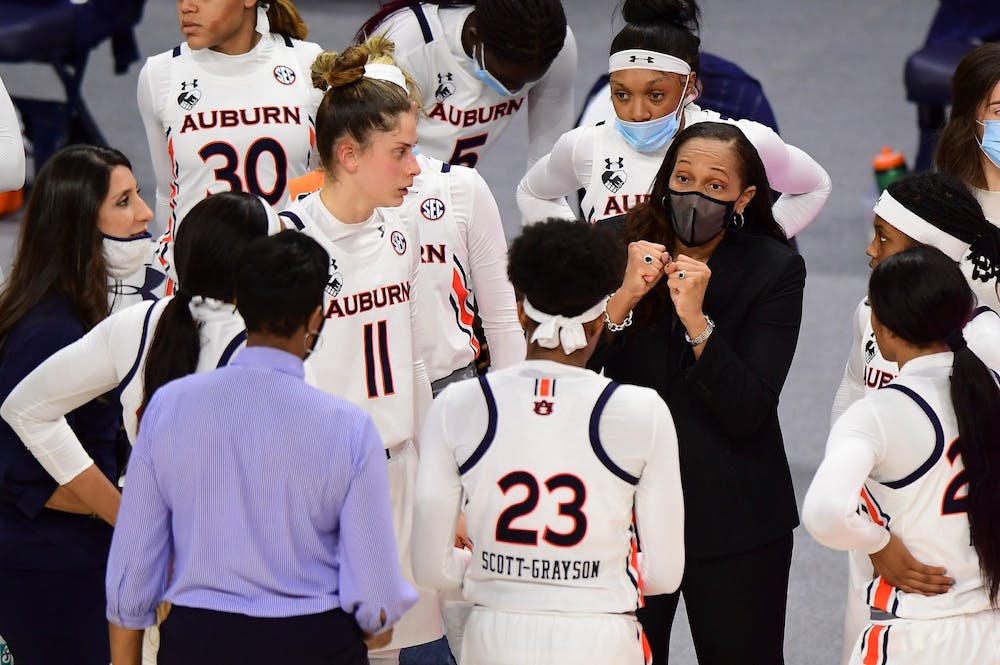 AUBURN, Ala. (EETV) - The Auburn Tigers battled it out with the Lady Bulldogs Sunday afternoon, but without star player and top scorer Unique Thompson, Auburn fell to Georgia 76-44. Thompson leads the Tigers in points and rebounds, and her absence caused issues within the Auburn team.

Without Thompson, multiple players needed to step up within the Tiger team, but it was not enough to keep up with the powerful offense the Lady Bulldogs brought to the floor. Georgia’s leading scorer of the day was Jenna Staiti, who had 13 points and five rebounds. The Lady Bulldogs had four players close behind with nine points each: Gabby Connally, Maya Caldwell, Que Morrison and Javyn Nicholson.

Keya Patton was the leading scorer for the Tigers, finishing the day with 12 points. Behind her was Jala Jordan with nine. Auburn struggled all day sinking shots, making just 16 of their 52 attempts and only making one three-point shot all game.

Turnovers hurt Auburn, as the Tigers turned the ball over 27 times and Georgia scored 26 points off of those turnovers. Georgia dominated the game on both sides of the ball and led the whole time.

The Lady Bulldog’s bench was a key part of the game, scoring 32 points. Georgia’s depth allowed them to keep fresh legs on the floor, as every Lady Bulldog played five or more minutes, and all but three played 10 or more.

The loss moves the Tigers to 5-5 overall and 0-2 in SEC play. Georgia earned their first SEC win of the season which moves them to 9-1 overall and 1-1 in league play.

Auburn will return to the court Thursday, Jan. 7 to take on the Ole Miss Rebels in Oxford. Tip-off for that matchup will be at 6 p.m. CT and the game will be streamed on SEC Network Plus.