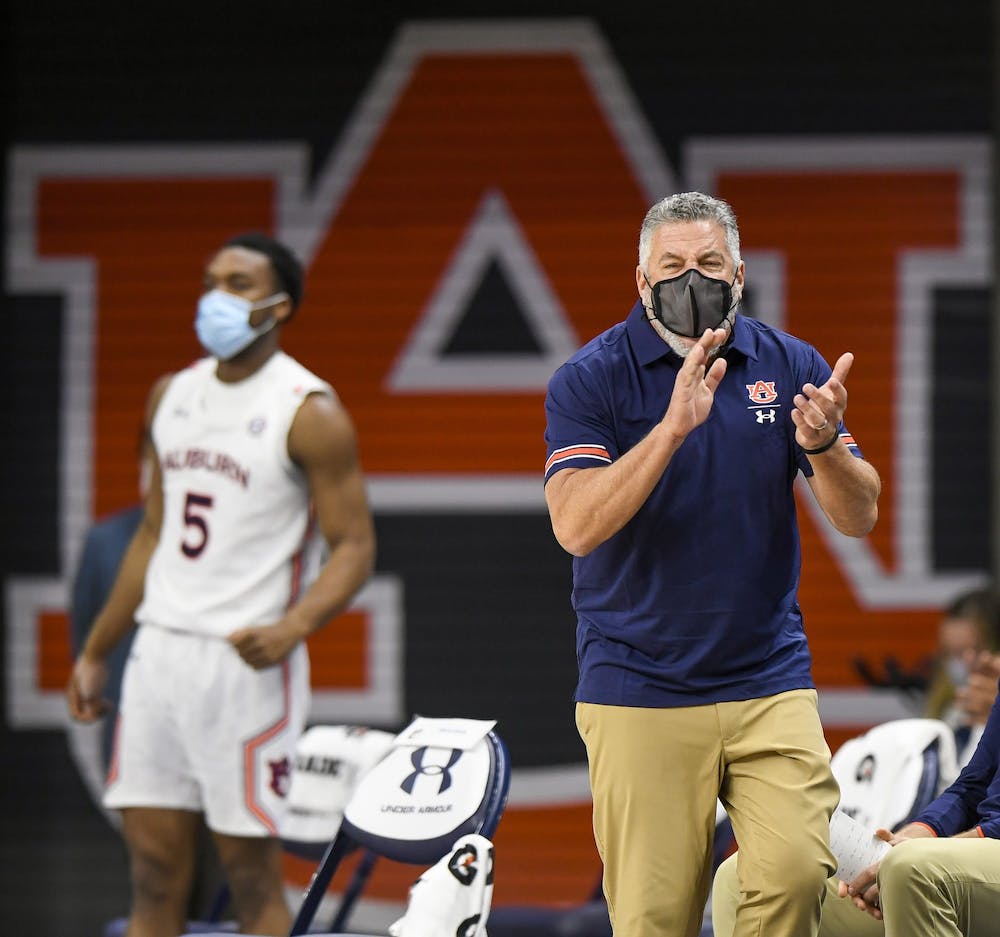 The Gamecocks have played just seven games following three individual stoppages in their season; however, the Tigers head coach claims that they are nothing atypical of a Frank Martin coached team.

“This is a typical South Carolina team,” Pearl said. “They're physical. They play hard. They defend as a team very well. They lead the league in offensive rebounding. They've always been a team that was very difficult to run your offense against because they extend so much. When we've been able to beat them, we've been able to beat them with great point guard play, and guys being able to drive downhill.”

Guard play is likely the key to success for the Tigers in Saturday morning’s contest, as true freshman Sharife Cooper’s early success has been the subject of conversation for the orange and blue of late.

“He's a great quarterback,” Pearl said. “He's got the ability to do whatever he wants with either hand off of either leg. I think teams are going to make him try to settle for the 3 ball. In my opinion, it wouldn't be settling with Sharife. He can really shoot it.”

The seventh season head coach noted that Cooper’s ability to create opportunities and manufacture points is not the only upside the young guard has; rather, that his ability to lead his teammates has been — and will need to continue to be — an x-factor.

“As far as Sharife being a leader, it's called an Alpha dog,” Pearl said. “It doesn't matter how old you are or how big you are. That's who he is. He's always had that Pied Piper effect to be able to lead both in his personality”

Pearl, Cooper and the rest of the Auburn Tigers will have their opportunity to return to the win column on Saturday morning when they take on the Gamecocks of South Carolina inside Colonial Life Arena on ESPN2. Tipoff is set for 11:00 a.m. CT.